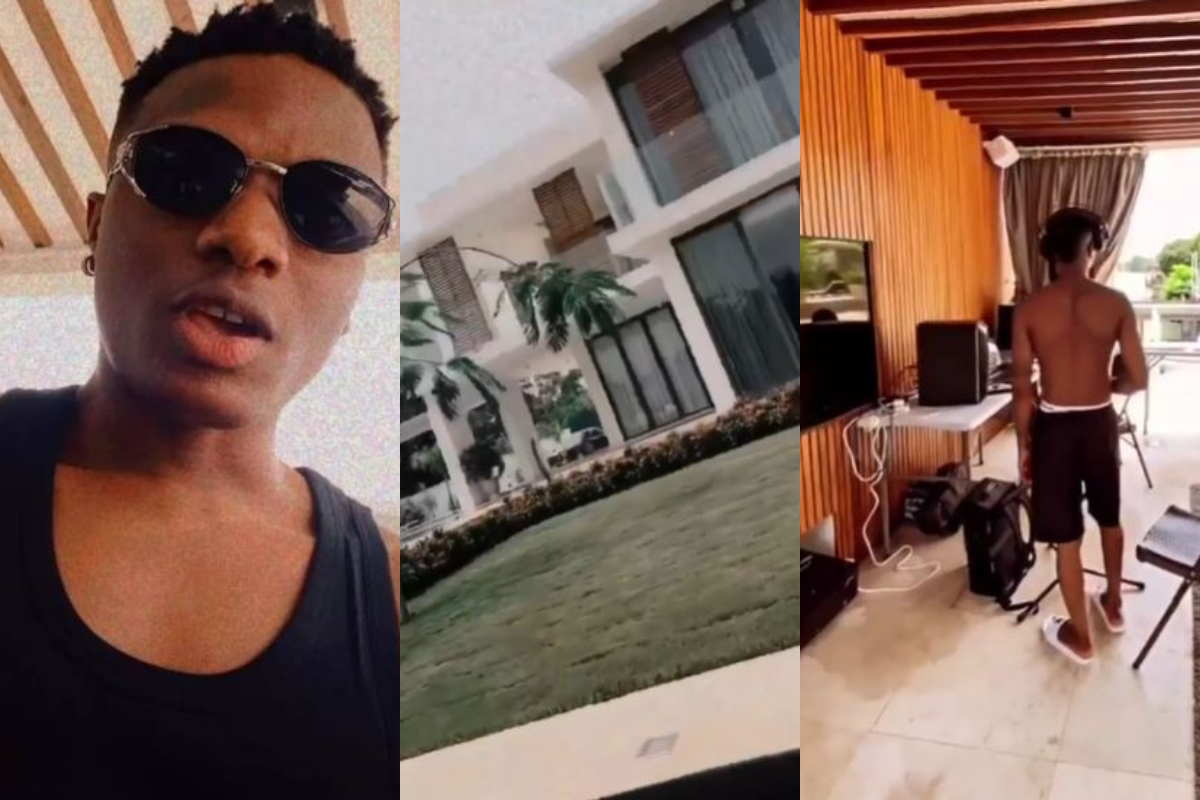 Wizkid’s impressive property will be valued at millions of dollars due to the location, land and design.

The house is believed to be situated in Ada in the Greater Accra region of Ghana where it sits on a huge land and also by the Volta River that meets the Atlantic Ocean.

When he is in a state where he wants to ease his mind and relax, Wizkid has a yacht and jet ski sitting on the river, waiting to take him to the high seas to reflect, appreciate God’s handiwork, and also observe his ecology.

The outside of the house that leads to the studio will take your breathe away. The walkway is just a few meters to the ultra-modern studio. Unlike other recording studios in an enclosed area, the afrobeat heavyweight has his studio on the river which gives him endless views of the river and the rest of the world.

We are confident the breeze and the good vibes in the area is the reason he and his family have moved to Ghana permanently.

“If A Lady Buys Don Jazzy’s Kind Of New House, They’ll Say A Man Bought It For Her” – Actress, Angela Eguavoen Laments