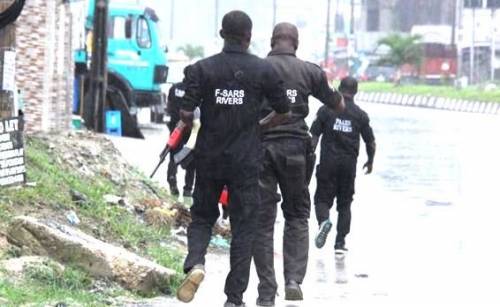 A High Court sitting in Benin, the Edo State capital, has sentenced to death by hanging a dismissed constable, Joseph Omotosho, who was attached to the defunct Special Anti-robbery Squad, Edo State Police Command.

Four others, Adeleke Adedeji, Abena John, Oniyo Musa and Henry Shobowole, who escaped in the twin jailbreak during the #EndSars protest last October, had their sentences suspended.

They were accused of conspiracy in the extrajudicial killing of a car dealer, Benson Obodeh, in 2015 and were found guilty on eight counts bordering on conspiracy to steal and murder.

Omotosho also withdrew N330,000 from the deceased’s account through Automated Teller Machines, having obtained the PIN from Obodeh before he was killed.

Justice Ohimai Ovbiagele described testimonies provided by the claimant as firm and almost unchallenged, adding, “Therefore, the judgment was based on absolute fact, which the court absorbed as presented by the prosecuting counsel and all witnesses that appeared before the court.”

Ovbiagele pointed out that the convicts could not substantiate counter-evidence against the charges levelled against them, Punch reports.

Omotosho was also handed another seven years’ imprisonment for his role in the stealing of the deceased’s money from his bank accounts.
The deceased was said to have been listed among suspected criminal gangs, who allegedly stole a Peugeot car.

The prosecuting counsel, Abraham Oviawe, said, “What happened today is a confirmation of the biblical position that says the wages of sin is death. So, when one conspires to take the life of another man, with overwhelming evidence, the court has no option but to reach the verdict is reached.”

On his part, the convicts’ counsel, Lede Pique, said the judgment would be appealed.