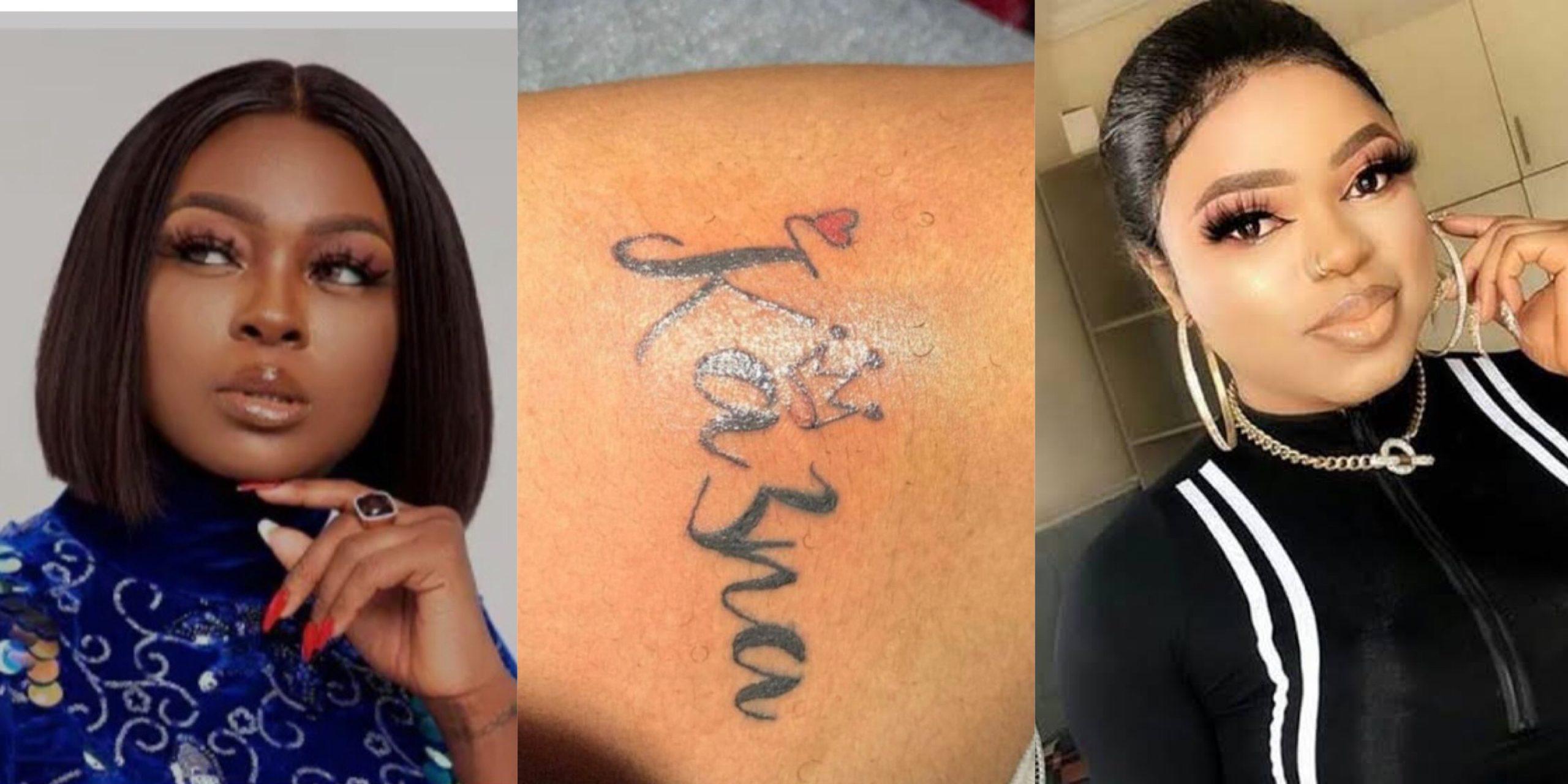 Recall that the reality star rebuked a fan who tattooed her name on her body. According to the mother of one, she would never encourage a fan to do such as Bobrisky is.

‘This girl they hustle’ – Nigerians praise…

“Firstly is my money, I can give it to anyone I like. What about those ones I have helped without my picture tattoo on their body? You were blind to talk then. If you are broke to support your own fans, well I’m not broke to support mine so get that straight in your empty skull girl … You know do ur assignments well you just go draw any celebrity for body haaaa na Garri you go soak” 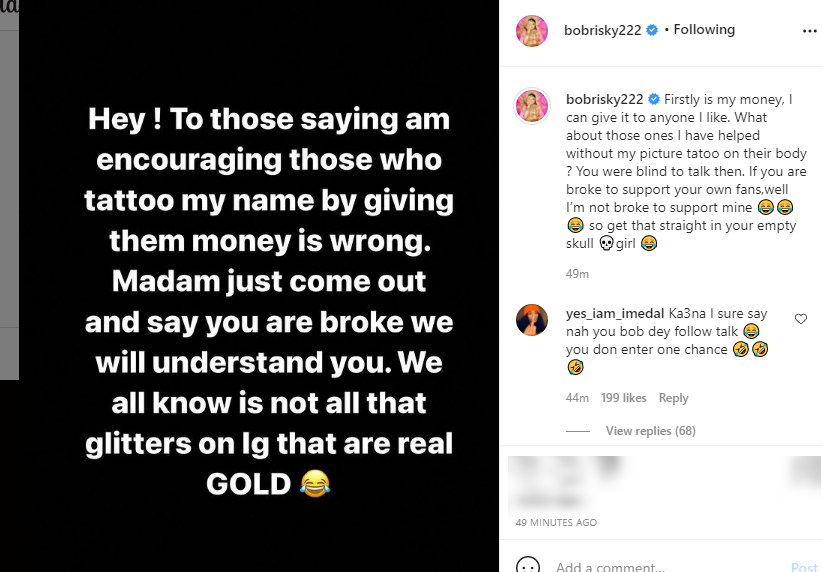 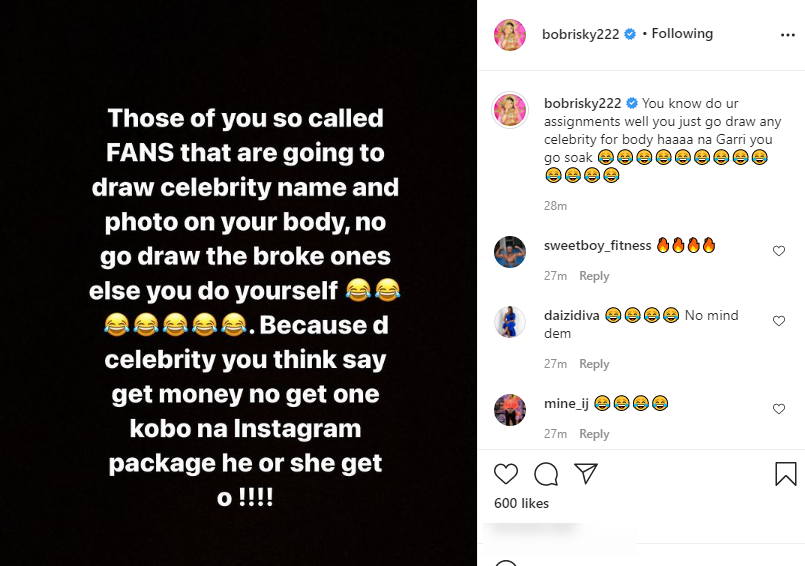 My children are my weakness – Wizkid says as he bonds with his first son, Bolu in Lagos (Video/photos)