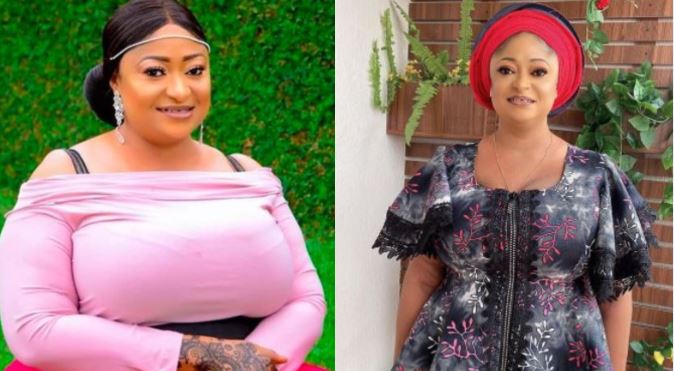 The actress had taken to social media to share new photos of herself and it was not only obvious that the actress had lost some weight, but her famous large busts had also reduced massively.

In response to the photos, lots of fans commented on the actress’ weight loss noting that it made her look younger and hotter.

Some however commented on how her boobs seem to have reduced.

A while back, Ronke Oshodi Oke saw her boobs as a source of blessing to her career.

She had once been asked if her big boobs have caused her any embarrassment and she said, “Before now, I get ashamed of them. But I later began to see the beautiful side and stopped hiding them because they fit me. People appreciate my boobs and I also love it. My boobs are one of the things that brought me to limelight in the movie industry.”

On if her boobs are her selling point, she said, “Yes, they are and apart from that it is one part of my body I cherish most.”

Men and women may be equal, husband and wife are never equal – Mike Bamiloye advises ladies on Feminist Movement