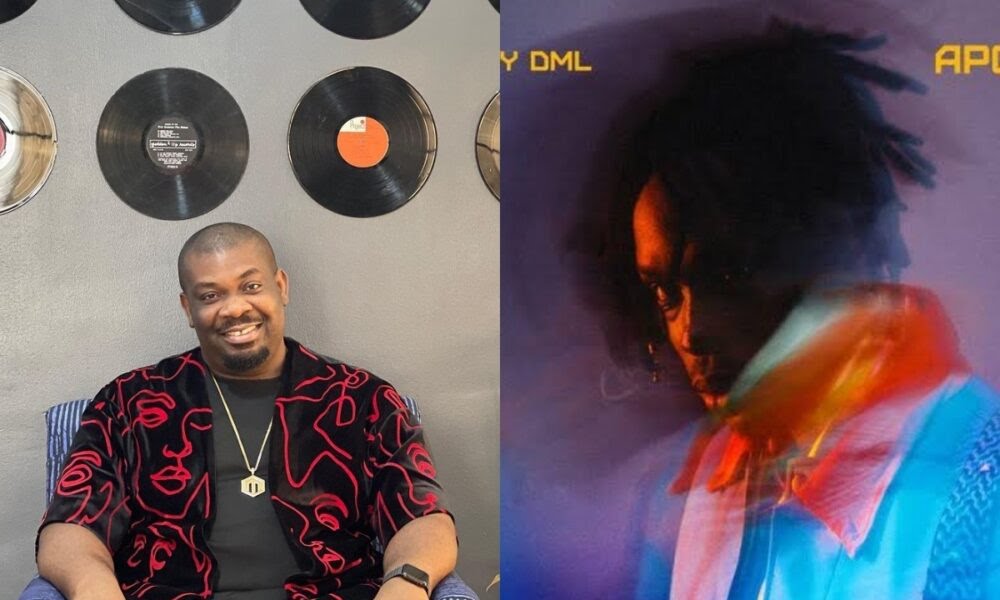 Mavin label boss, Don Jazzy has hailed YBNL artiste, Fireboy DML after the latter emerged the biggest winner at the Headies Award which took place on Sunday night in Lagos.

According to Don Jazzy, Fireboy DML deserves a Grammy Awards for his album.

His two albums; Laughter, Tears and Goosebumps LTG and Apollo both won awards on Sunday night.

“Some of you are hypocrites” – Don Jazzy slams…

At the end of the night, Fireboy took home four awards.

He won in the Best R&B album, Best R&B single, Best Pop album and Revelation of the Year categories.

Headies: I’ve been in more music videos than some artistes who have released a whole album – Venita Akpofure claims