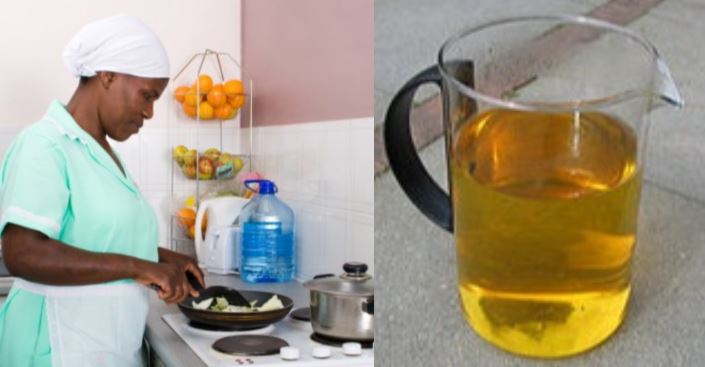 A Ghanaian businesswoman whose name is yet to be identified caught her housemaid in a now-viral video using her urine to prepare food for the household.

According to reports, the housemaid has been working for her for like 2years now.

The ‘trusted” housemaid was caught by her Madam as she attempted to prepare food using her urine.

In the video, you can see the furious madam question the housemaid both in English language and the local Ghanaian language.

The guilty housemaid answering her Madam’s question in a low tone,  a clear indication that she actually did the crime on purpose.

“Who knows what would have happened assuming she succeeded in carrying out her plot, perhaps she was acting on instruction by a native doctor in a bid to cage her madam or even harm her”, an eyewitness said.

The reason for her action could not be ascertained yet.

Watch The Video Below