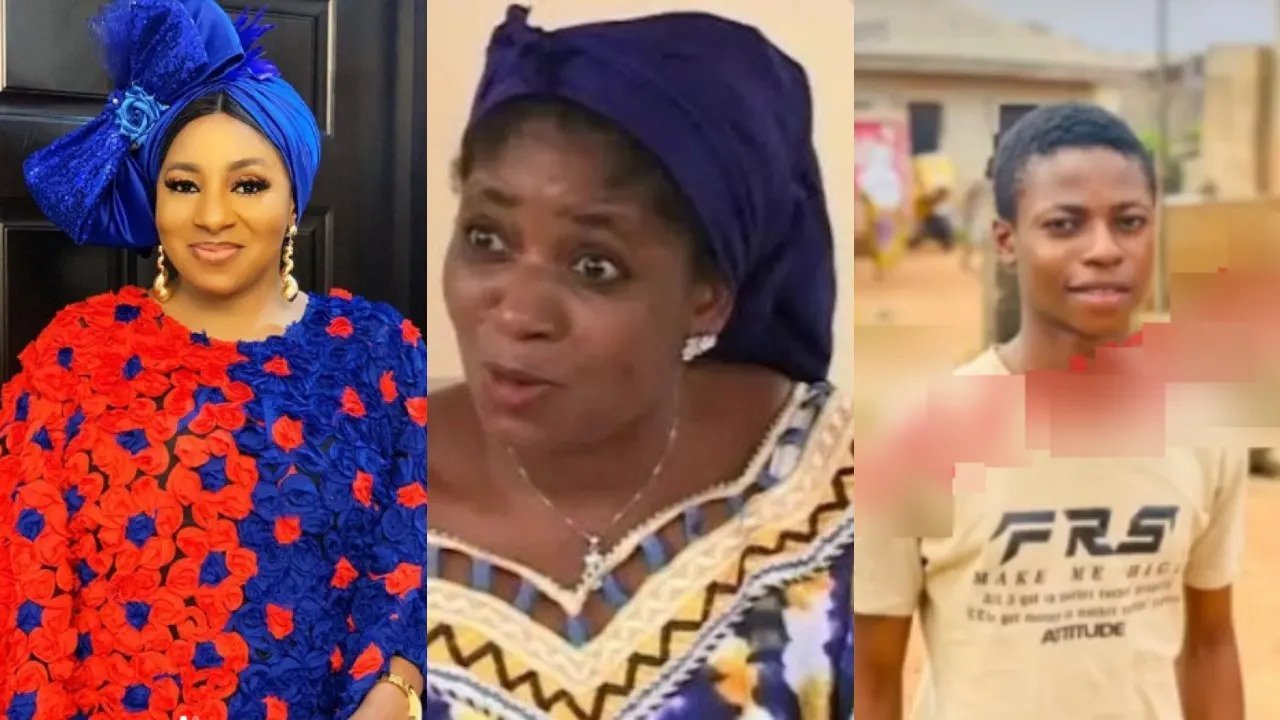 Damilare Peters, the younger brother of actress Mide Martins has confirmed being abandoned by his sister ever since their mum, Funmi Martins passed on many years ago.

Recall that late Funmi Martins bore her last child, a boy to famous Nigerian juju musician, Shina Peters and earlier his week, Gistlover, claimed that the boy who is 19 years now has dropped out of school due to unavailability of funds.

Mide Martins, on the other hand, was accused of abandoning the boy and blocking him on her Whatsapp app to restrict communication with him

Taking to Instagram to make this known, Gistlover wrote;

Got the late Funmi Martins pregnant (Mide’s Mum) and she bore a son before dying. Do you know till now he hasn’t checked up on that boy- Damilare. He is 19 now and just saw his father recently, Even when they saw; SSP was quick to discharge him at his Iju residence claiming he’ll send something to him. That boy is not living okay as he’s living with his Uncle who more or less is struggling to take care of him. they have contributed their quota from Damilare’s childhood when he was living with his Grandma before she passed on. It’s just so unfortunate that Damilare is really going through all this. His education is on hold as there’s no money to push his academics further.

MIDE:
A woman, celebrity, mother and Sister to Damilare doesn’t send him at all. He’s tried to reach out to her where she blocked him on WhatsApp saying his wahala is too much. How can you neglect and abandon your own blood brother and be doing Yeyebrity up and down, the husband who be Funmi martins worker/driver sef bone the boy, make una beg aunty Mide Yeyebrity to take care of her brother o, Igi ewedu oni wolu wa o”

In a new video released by the blog, Damilare confirmed being abandoned by his sister.

“I have not seen her in six years now, the last time we saw at our grandmother’s burial…..she doesn’t send me money…i finished my SSCE last year, i am trying to gain admission into the university but no financial help….” he disclosed.