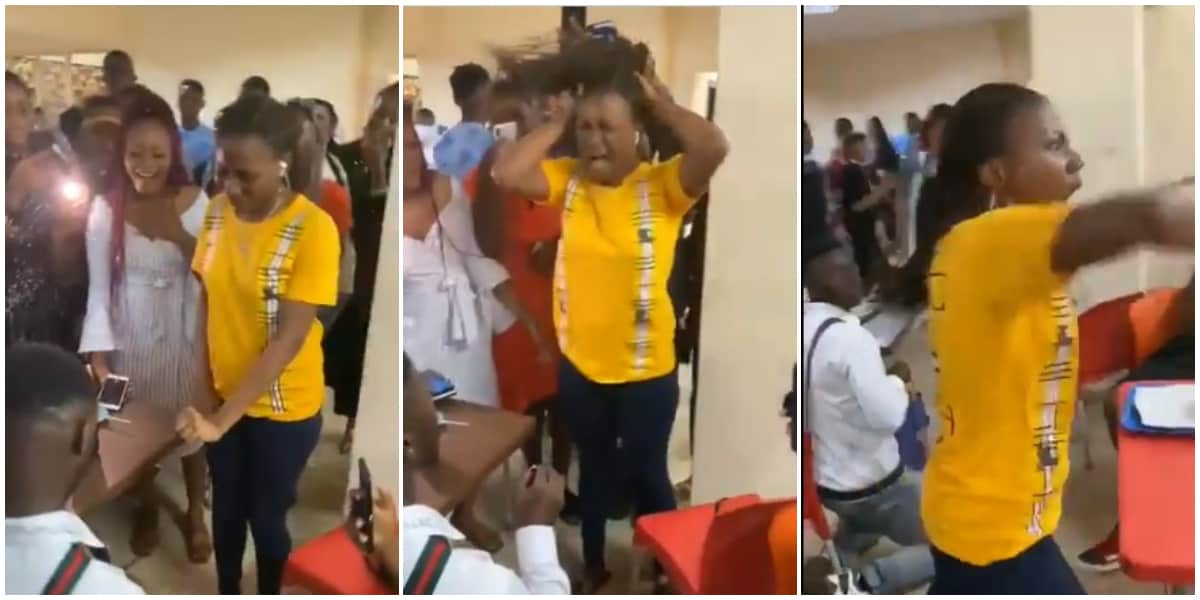 Drama ensued in what originally was a Valentine’s Day marriage proposal. In a video making the rounds on Twitter, a lady disrupted her engagement in what has left social media wondering what may have informed her actions.

In the video clip posted by @Hoekage77, an unnamed boyfriend was seen on both knees as his surprised girlfriend approached the crowded scene.

While the crowd cheered them on, the boyfriend brought out the engagement ring and was about fixing the ring on her finger when she went haywire.

The unidentified lady erupted in loud screams while her boyfriend, speechless, remained on his knees, perhaps taken aback by her reaction.

These are the type of girls that’s pull wig to throw leg work in parties btw 👍pic.twitter.com/2pRBrRRCRo