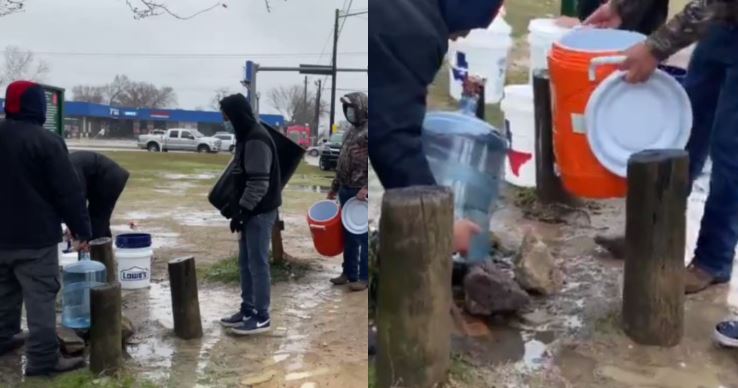 While the world power, America suffers a historic Winter Storm, the world finds a rather harsh respite in the fact that Americans are not all that immune to conditions likened to third world countries.

The lack of power and safe water for millions of people in Texas has brought about the dire need for Americans to queue up to fetch tap water trickling out of a roadside tap in Houston.

As shared on Twitter by ABC Houston reporter, Erica Simon, the video shows Texans taking turns in feeling containers just to have access to clean water while power outage has left millions in extreme situations the past four days.

Erica wrote: This is not a third-world country. This is Houston, Texas. I spotted a line of people filing up buckets of water from a spigot at Haden Park. Why? Millions either have no water or are under a Boil Water Advisory.

Nigerians in response to Erica’s comparison to third world country, left no prisoners in slamming the world giant despite her current woes. 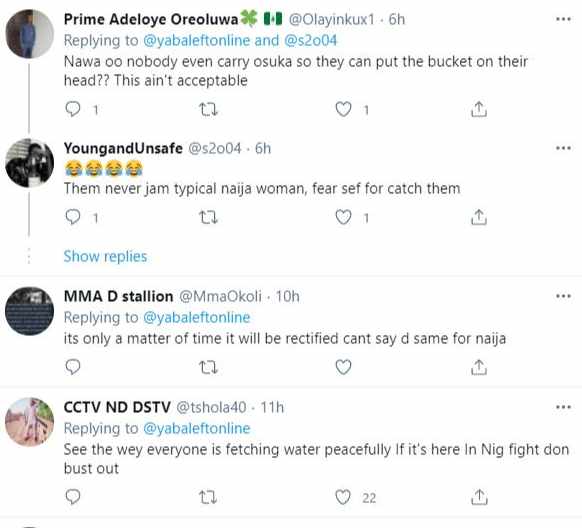 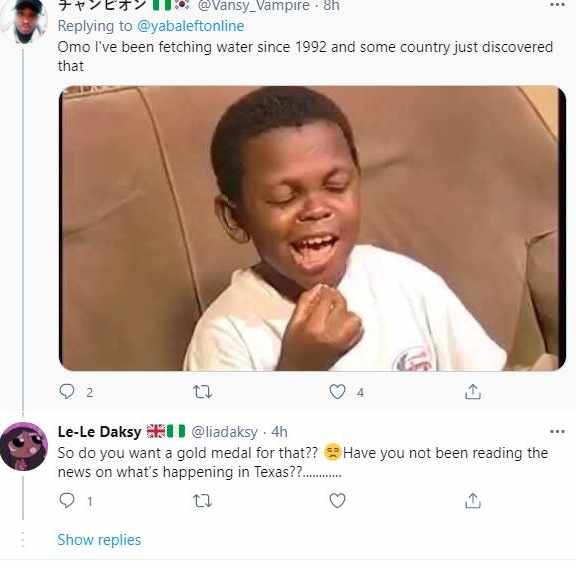 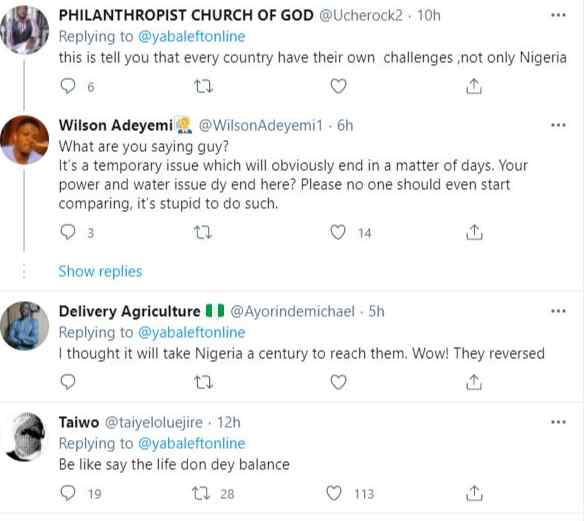