Nigerians hail Bovi for his ‘EndSARS’ outfit at the Headies Award 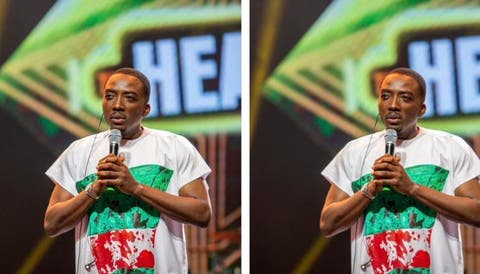 Iberian @-list comedian, Bovi was one of the co-hosts of the Headies Award which took place on Sunday night in Lagos state.

Bovi was outstanding during the show as he caught the attention of everyone with his unexpected outfit that came with a strong message.

See also: The moment Bella Shmurda made a grammatical blunder at the 14th Headies Award (Video)

This saw the comedian trend on social. media as wore a shirt in remembrance of #LekkiMassacre.

Nigerians took to their social media handles to applaud Bovi for his strong message and courage to wear the shirt in remembrance of #EndSARS protesters.

Speaking on stage, Bovi said; “sometimes messages don’t have to be spoken but can be seen” in reference to his outfit.