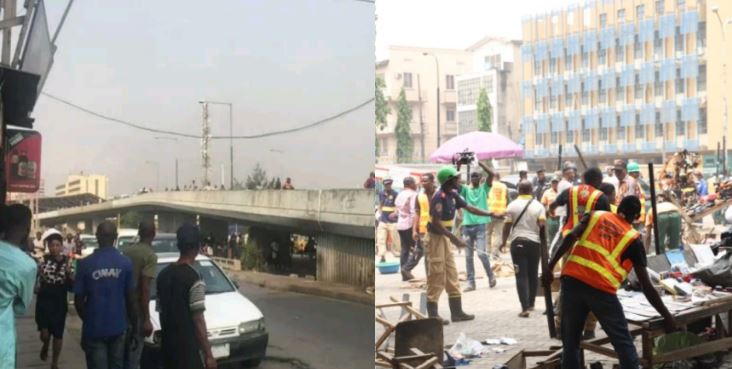 Chaos broke out in the early hours on Thursday, at Obalende area of Lagos Island following a violent clash between rival groups of the National Union of Road Transport Workers, NURTW.

The clash which started around 8 am, as learnt, led to panic in the area as motorists, passengers and passersby scampered for safety

One Twitter user @DE_COMMUNICATOR shared a video from the chaos which showed people fleeing the area.

“Avoid Obalende right now. Thugs are heavily armed with guns shooting here and there,” he captioned the video.

Another user @AbassOyeyemi said, “Insecurity in Lagos has skyrocketed. Especially on the Island. Crazy shooting by NURTW guys going on at Obalende. This is just after about four days of shootings at Adeniji Adele. Thank God for life.”
The Complaint Response Unit of the Nigeria Police Force which responded to the video, said, “DPOs and other policemen are on ground addressing the situation. Thank you for contacting NPF-CRU.”

READ ALSO: 3 allegedly suffocate to death as hundreds of students struggle to write exam in overcrowded hall in Ebonyi Varsity

As at press time, it could not be ascertained if there were causalities as well as the cause of the clash.

Meantime, residents and motorists have been urged to avoid the area for now pending the arrival of security personnel to restore sanity and safety.