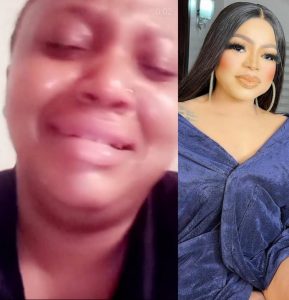 Ewatomi Gold, a lady who recently attooed Bobrisky’s face on her back has released a video which she showed  her crying while recounting  how she was allegedly harassed by area boys because of the tattoo.

According to her narration, she was on her way to see her mum in Ikorodu and was waiting for a bike when some guys recognised her as the woman who tattooed the crossdresser’s face on her back, so they verbally assaulted her, tried to physically abuse her, and nearly stripped her. 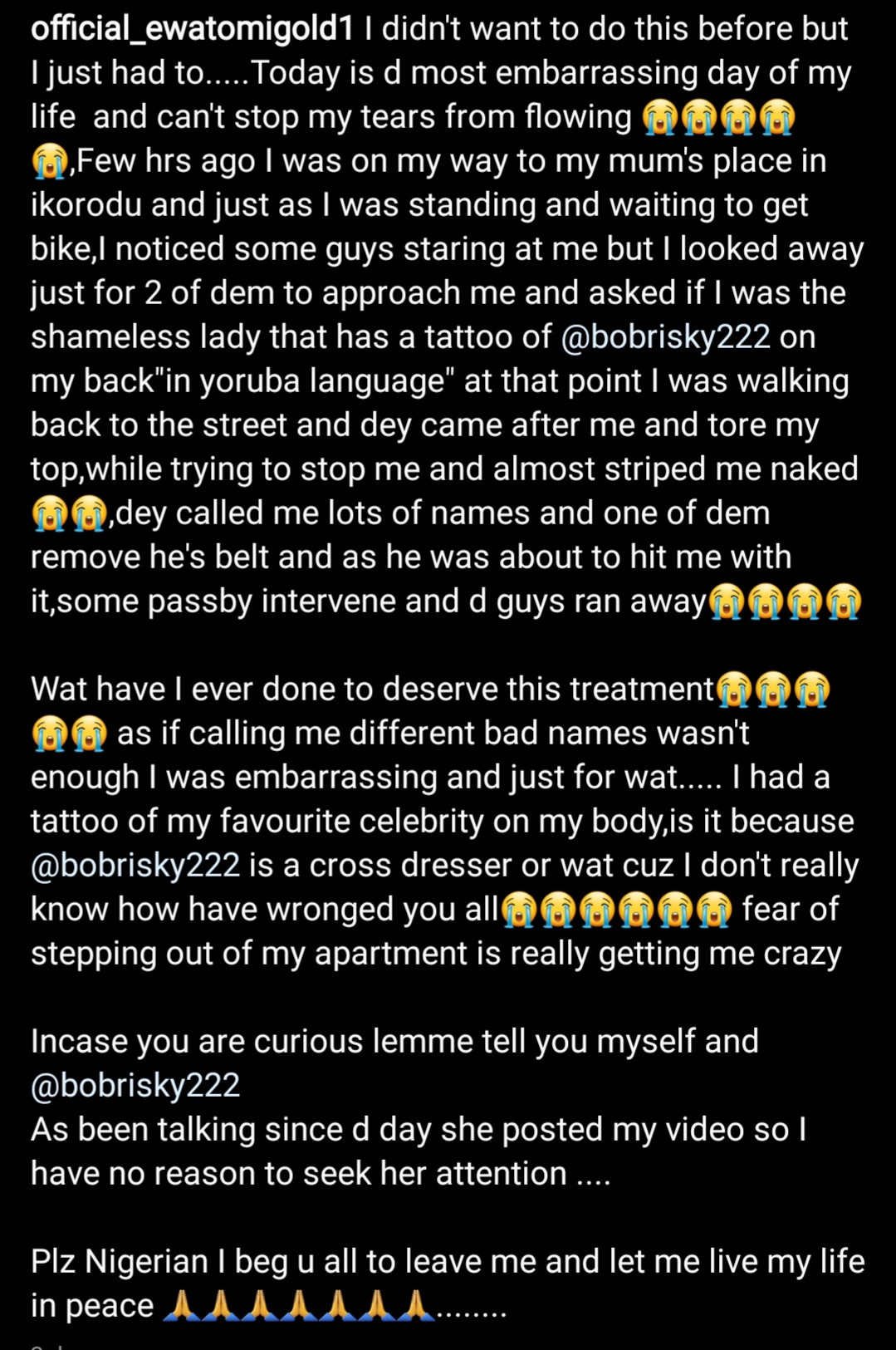 She released a video of herself crying, people accused her of lying. They said she was faking it to get Bobrisky’s attention so that he will give her money or a car so she won’t have to keep taking bikes.

She we t on to edit her post to deny that claim.

Below is a video she posted after the alleged assault.

Who is that – Maureen Esisi says after a fan asked if she would take back ex-husband, Blossom Chukwujekwu