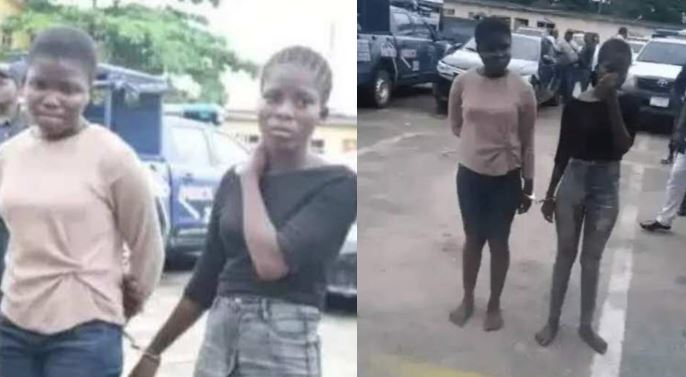 Two teenage girls who hired Assassin to kill their parents have been reportedly sentenced to death.  The young girls who were arrested by the Nigerian police in April 2020 gave reasons why they hired assassins to kill their father.

After series of investigations carried out by the police, the two girls confessed they sent the Assassin that came to kidnap and kill their father, a popular rich man in Delta State

These two girls who are from Enugu (names withheld) reportedly sent assassins to kidnap and murder the two people who brought them into this world – their parents. They had the intention of inheriting their parent’s property after their evil plan was successfully executed.

“If your lifestyle dey vex anybody increase it”…

Reportedly, the girls were arrested by Enugu State Police after they were reported by their relatives who suspected that they were behind the death of their parent.

After a series of investigations by the police and after all evidence pointed to them, the girls confessed by sending assassins to kill their parent all in a bid to inherit their wealth.

During questioning, one of the girls stated her reason for having to hire assassins to kill her biological parent, stating that her father is a very wealthy man who only spent money on women outside and never made a move to buy them new clothes.

She also went further to say that her father is a very stingy man and that was the main reason for hiring assassins to kill him.

The High court in Enugu state convened to hear the case of the two girls who were labelled to have murdered their father, thereby denying him is right to life as enshrined in the Nigerian Constitution.

Having found them guilty, the presiding judge sentenced them to death by the gallows.

After building a house for her parents, Kid Comedienne, Emanuella buys brand new Lexus SUV for herself (PHOTOS)