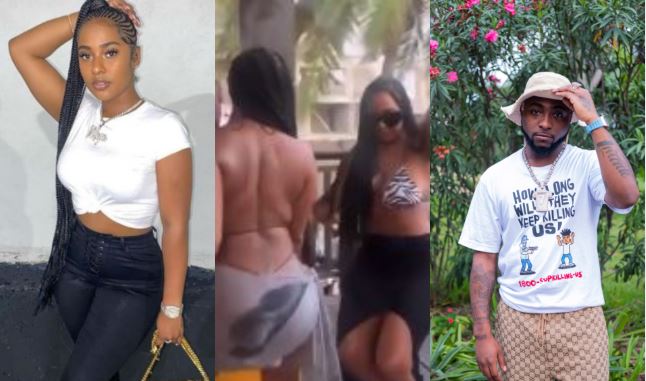 Mya Yafai, the lady who Davido was spotted holding hands with at St. Maarten in United States, recently shared a video having fun with Davido and his crew. The hot model visited Davido in Nigeria in December and also spent some time with him in Ghana in January.

In the video which was shared on Instagram by Mya, she was spotted having fun with Davido and his crew, flew his private jet and also had his song “Holy Ground” in which he featured Nicki Minaj playing in the background.

‘I have left the WhatsApp group’ – Actress, Mercy Johnson to fan who told her to have more children