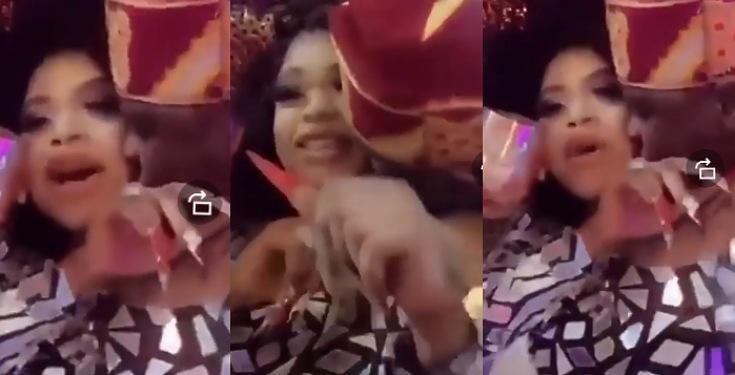 According to a video that has gone viral on social media, it captured the moment a man tried so hard to kiss popular crossdresser, Bobrisky.

The video showed the man starting off by planting kisses on Bobrisky’s cheeks, then he tried to go further, but Bobrisky subtly untangled himself from the PDA moment.

The controversial cross-dresser has been in the news recently especially after his public clash with Nollywood actress, Nkechi Sunday Blessing.

It all started after the Nkechi Blessing penned a public apology to a fan she rebuked for tattooing her name. Reacting to the apology, an Instagram follower took to Nkechi Blessing’s comment section to state that she tendered the apology because of fear of Bobrisky.

Nkechi blessing slammed the follower for the comment, “abi you and Bobrisky dey mad? you want make is swear for you”, she wrote.

Watch the video of Bobrisky’s PDA moment below;