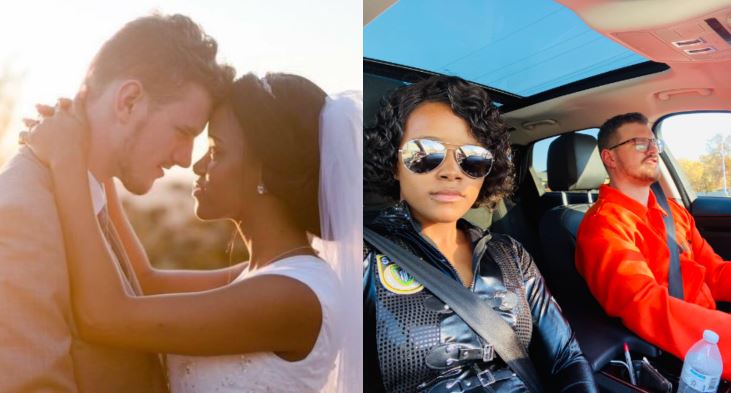 A South African woman has shocked social media users after revealing that she dated her husband for just four days after meeting him and got engaged on the 5th day.

The woman identified as Ziyanda Nombuso on Twitter took to the platform to celebrate her 5th wedding anniversary with her English husband. According to her, they met online, got engage via skype five days after and finally got married six moths after in the UK.

“Yes we dated for 4 DAYS and got engaged on the 5th DAY. Six months later we were sealed forever.This year in June we will be celebrating 5years as Mr&Mrs. We did this “LOVELIFE” thing our own way” She tweeted

​Watch the beautiful video of her and husband below: