Actress, Nkechi Blessing opens up on how she secretly got married, birthed a child and her greatest fear in life 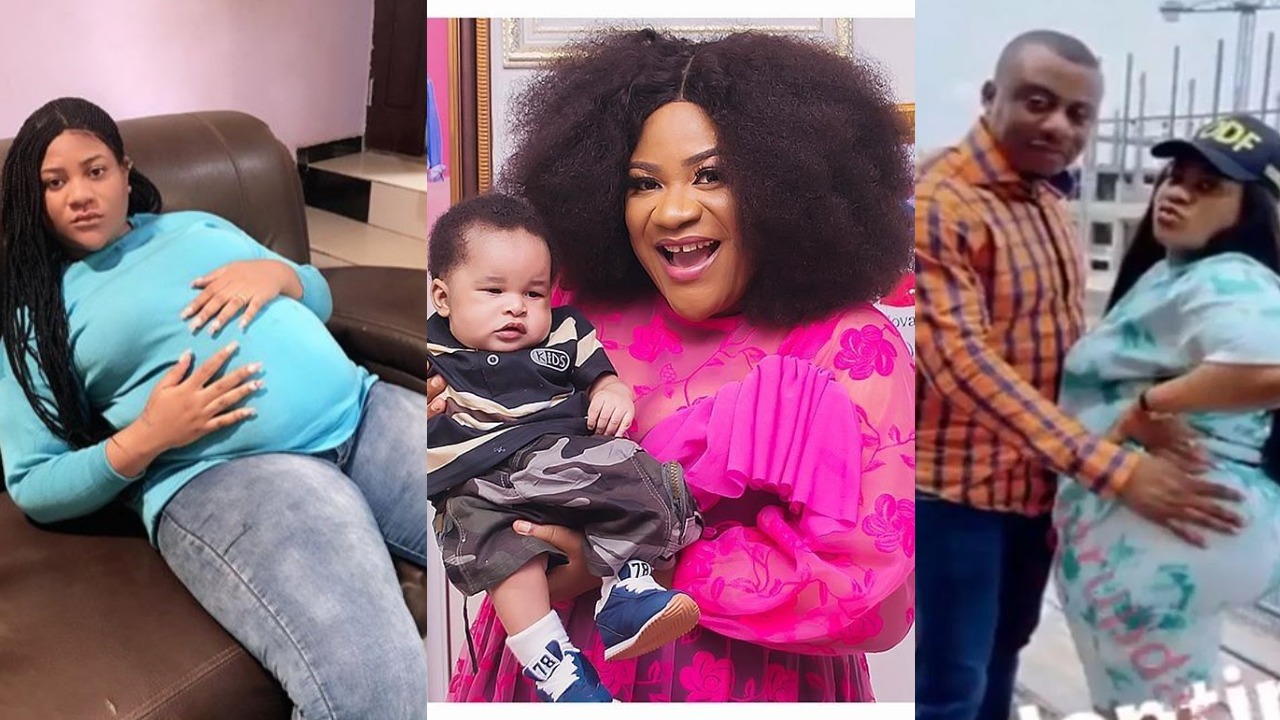 Controversial Nollywood actress, Nkechi Blessing has opened up on how she secretly got married, birthed a child and what her greatest fear in life is.

According to the 32-year-old, her husband is a very private person and he does not like putting his business in public.

Speaking in an interview with Punch Newspaper, Nkechi disclosed that her greatest fear in life is losing her mother.

“My marriage is the part of my life I wanted to be quiet about. I know that I have always been loud about all my relationships but I also like and deserve privacy too. I only show people what I want them to see. It is my marriage and everyone should not know who I am married to. My husband does not like social media. Before some people bombard him with messages on social media, looking for what is not lost. He does not even comment on my Instagram posts. I know I am a loud person but even spiritually, it is advisable not to always have too much buzz around everything one does. I gave birth and no one knew until they saw my child. Everything is possible as long as one has people who are not selling one out. It is one’s friends that often sell one out, and once one cuts that down, one’s secret would be safe.

“My husband knows what I can do and he is not bothered about gossips he reads online. He is what people call the ‘ginger partner’. He knows the truth about me and that is why I can be unapologetic about my actions. I think it is important for one to marry an understanding partner.”

The bubbly actress also stated that her greatest fear was losing her mother. She said, “Of course, I have fears and down moments. My greatest fear is losing my mum. I don’t ever want to lose her. In fact, if it is possible to keep her for life, I will do that. I also do not have any insecurity. I am always confident in myself. I don’t entertain any insecurity. The only time things get to me is when false claims are peddled about me. Most of the things that go viral about me are not true. But, I always resist the urge to give a detailed explanation to defend myself. I also wonder why rumour mongers do not allow me to be. Why would people twist a story to entertain their audience. But, this is the life I signed up for and I had already prepared my mind for it. I have also learnt from some of the people I am close friends with. I know and see what they have also been through at the hands of bullies and trolls.”