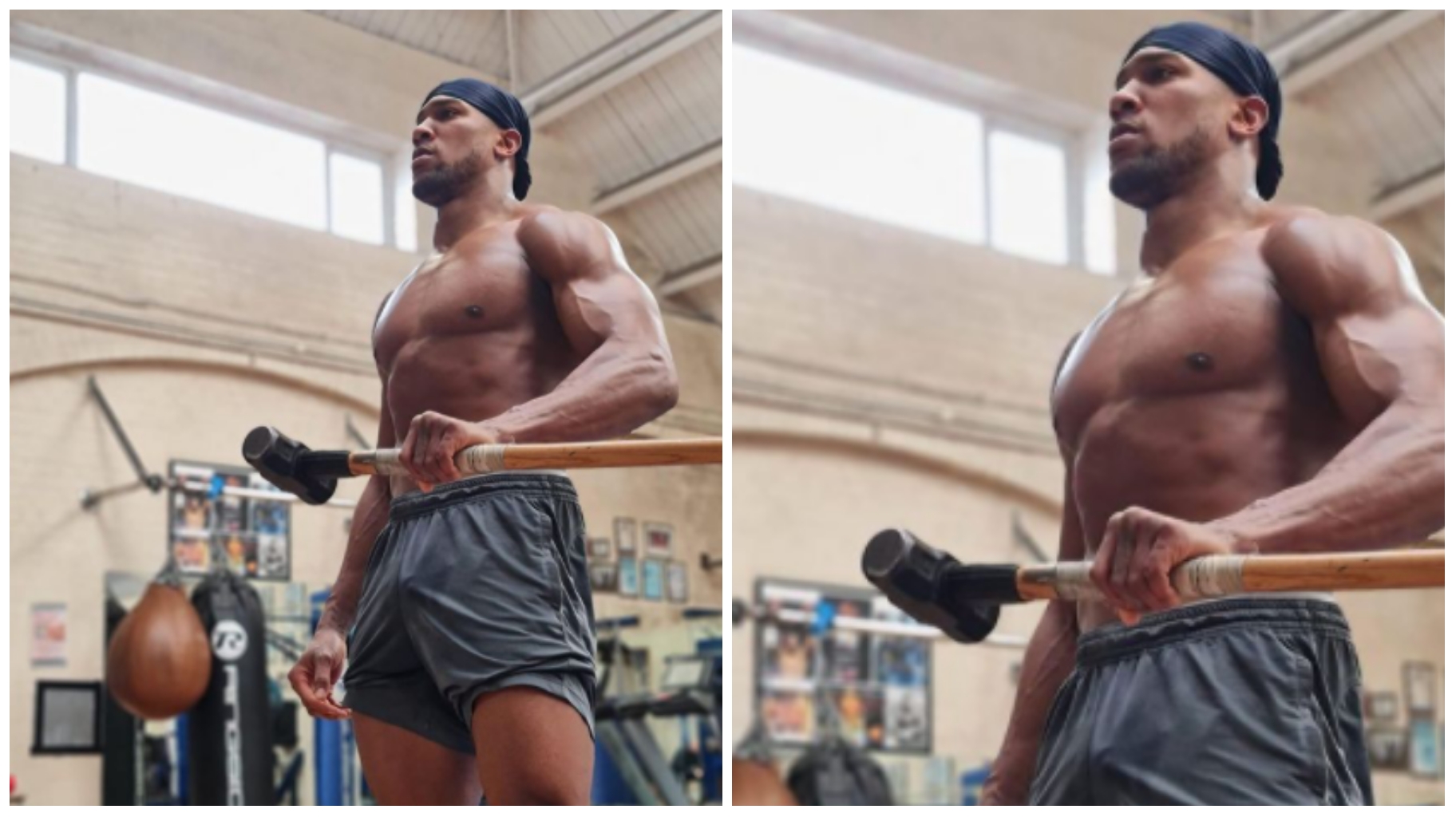 Nigerian British Boxer and world champion, Anthony Joshua has caused a stir online after he shared a new  photo of himself via his Instagram page on Monday.

The photo which showed the boxer was likely in a training session showed him putting his strong body up foe display.

The attention of some of his followers were however caught by the picture and many have taken to their handles to comment.

Anthony Oluwafemi Olaseni Joshua, OBE is a British professional boxer. He is a two-time unified world heavyweight champion, having held the WBA, IBF, WBO, and IBO titles since December 2019, and previously between 2016 and June 2019.