‘Are you crazy’ – Actress, Uche Elendu tells troll who accused her of lying about her daughter’s age 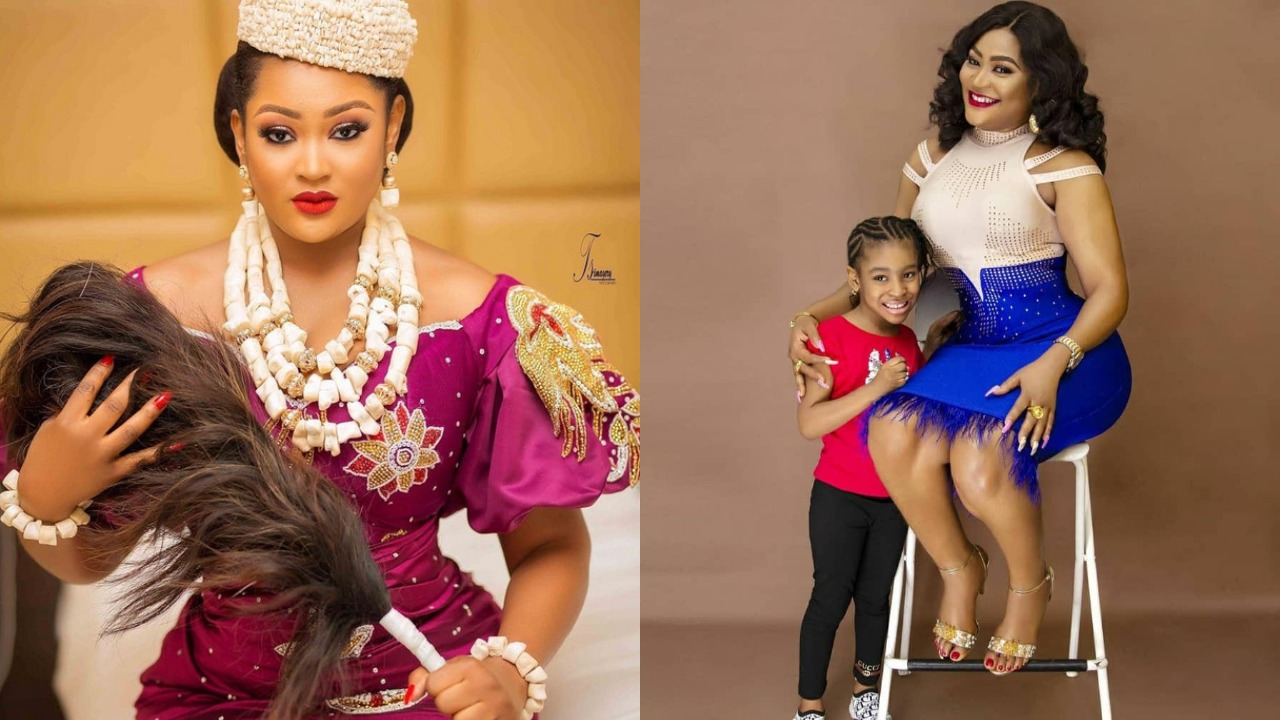 An Instagram troll identified as @dato_sharon_cross has accused Nollywood actress, Uche Elendu of lying about her daughter’s age.

According to @dato_sharon_cross, Uche is has been lying about her daughter’s age because they gave birth at the same time and her own daughter is now 6 while she claims her daughter is still 4.

Mercy Johnson, Iyabo Ojo, others pen down tribute to…

”Uche your daughter should be 6 years old you give birth to her in 2015 in America before IU give birth to my daughter months later every year she is 4 years old na wa000 na some mothers dey drop their children age teaching them how to lie with age na waooo you were with my baby father in the US when you had your baby shower….why removing two years every year 4 years not nice what do u gain in doing that”

Reacting to this, Uche Elendu wrote;

“Are u crazy? Oh yes, you’re clearly demented. R u mad? R u gonna tell me how old my daughter is you this idiot? Better go check out your mental health state, cos this daughter of mine was born in April 2016.”

”I try so hard to ignore trolls on this App but it’s very obvious that some really need to be put in their place, especially when it has to do with my family life Like it’s the Audacity for me, can this woman be telling me when I had my baby?? Did your so-called baby daddy also say he got me pregnant in 2015??? Jeez, u guys need to chill, yall claim to know me more than I know myself. Freaking STOP IT” 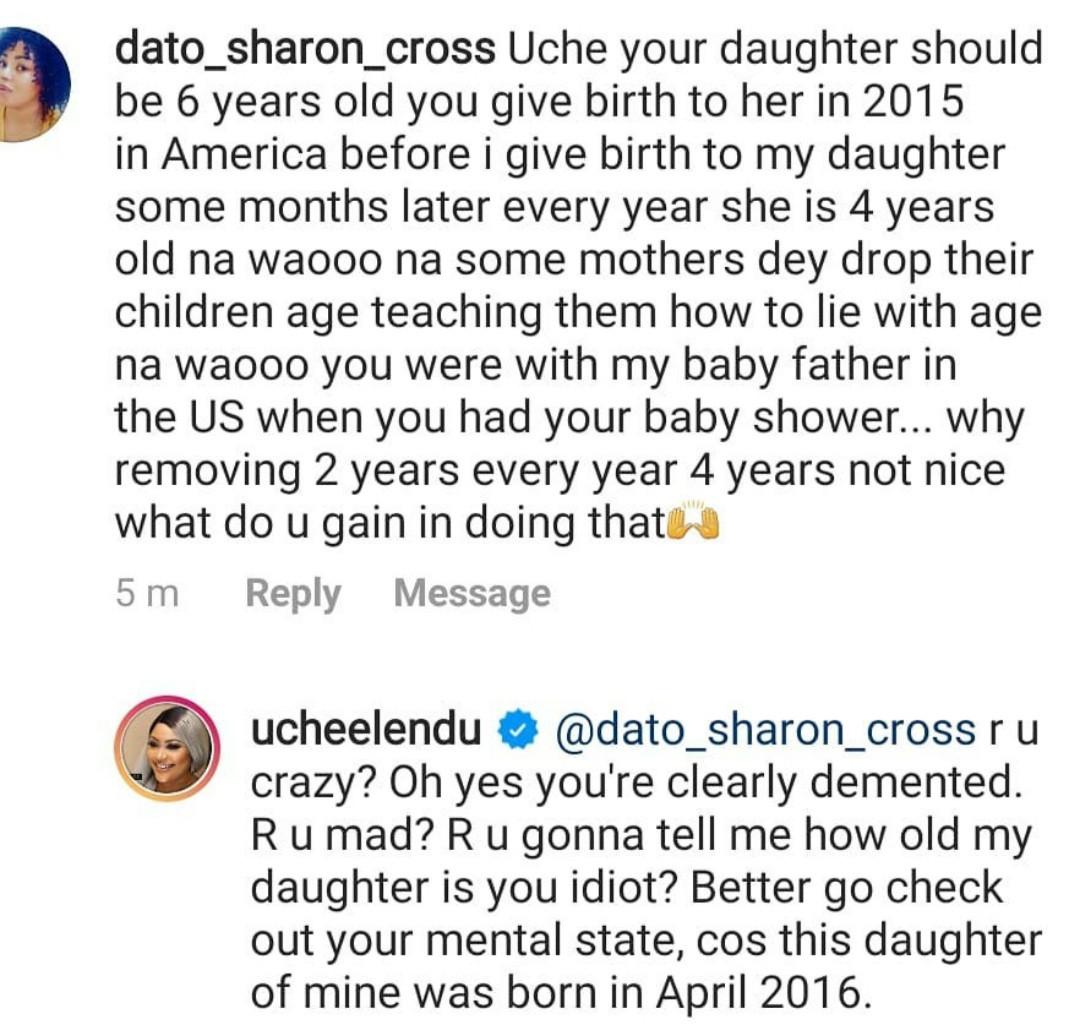 Actress, Nkechi Blessing reveals face of the man she might tattoo on her laps