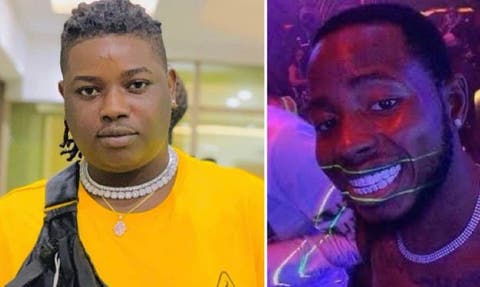 According to the reports, Nigerian artist, Barry Jhay has been arrested in connection to the death of Record label boss, Babatunde Oyerinde Abiodun popularly known as Kashy Godson.

The reports revealed that Kashy, the CEO of Cash Nation, died in the early hours of Sunday in Ghana.

Although the cause of his death is unknown, unconfirmed reports claim the record label boss committed suicide.

“I wish I wrote the Essence hit song by Wizkid”…

Pulse reports that Barry Jhay who earlier had a fight with Kashy has been arrested in Ghana by the police.

Conflicting reports of his death suggest foul play as some quarters reported that he may have been pushed off the building by someone he had a business transaction with.

Barry Jhay got signed under Cash Nation in 2019 after his fallout with Kizz Daniel.

In 2020, the late Cash Nation CEO was arrested by the Economic and Financial Crimes Commission (EFCC) for alleged involvement in cybercrime, Daily Post reports.

”Table Of Men” – Rudeboy says as he dines with Jude Okoye, Don Jazzy and others