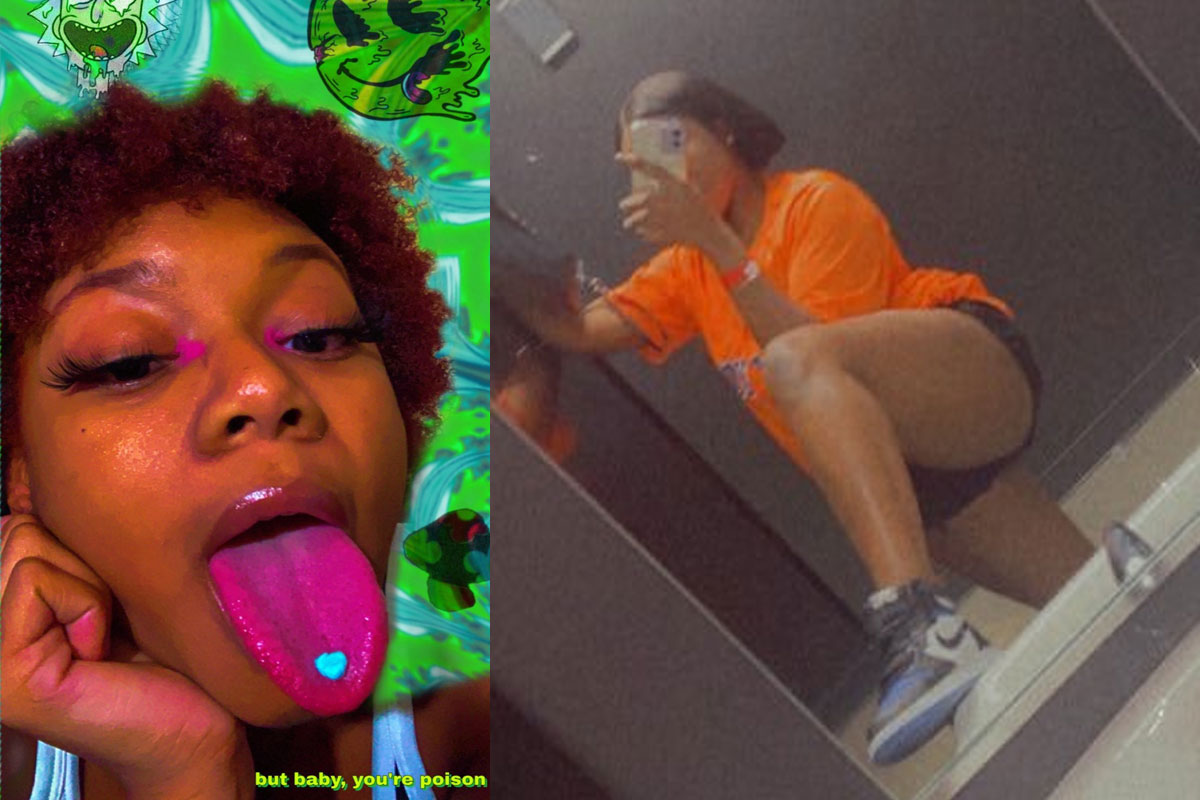 While some partners in relationship love to share photos of each other on their various social media account, a Nigerian lady has stated nothing of such will happen in her relationship with any man.

The lady made this known via Twitter as she shared what she is not ever going to do in a romantic relationship with a man.

The lady who calls herself Goddess and uses the handle @Emprissss on Twitter noted that any man who is willing to date should bear in mind that she is not going to post him on social media.

Man allegedly killed by Ex-girlfriend one week to his…

According to her, she is not going to share photo or video of her man even if he is declared missing or lost. 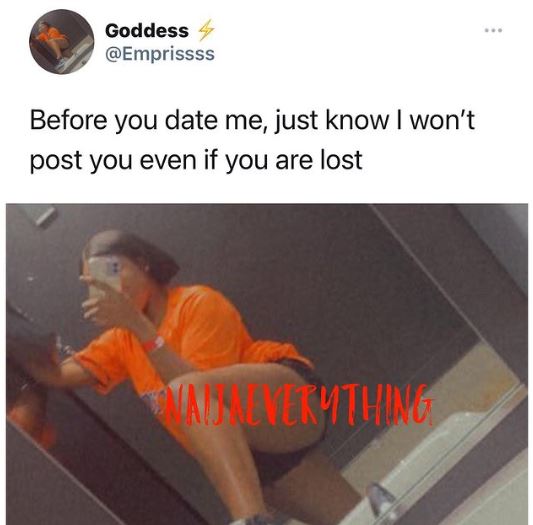