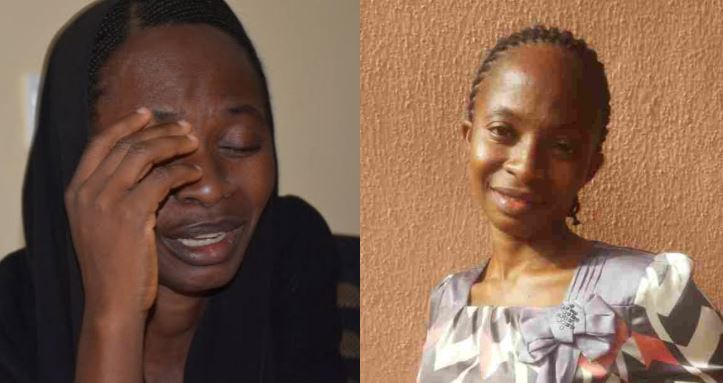 Benue State University Teaching Hospital has been accused of cutting off a woman’s breast only to later discover she doesn’t have cancer.

The woman, Serah Shimenenge Yugh went viral in 2019 as NGOs solicited funds for her cancer treatment. She was diagnosed with Stage I invasive ductal carcinoma of the left breast at age of 33 on 21st August 2017.

However, after eight sessions of chemotherapy, 25 rounds of radiotherapy and a single mastectomy on her left breast, Ms Hugh has now discovered that she didn’t have cancer at all and the hospital misdiagnosed her, cutting her breast for nothing.

Her plight began when she started losing weight while undergoing her National Youth Service Corps (NYSC) assignment in Ekiti State. She went to the hospital seeking a solution but found none. Tests were done but results didn’t point to anything.

While self-examining her breasts in 2017, she felt a tiny lump on her left breast. This bothered her so much that she first went to the Federal Medical Centre, Makurdi before going to the Benue State University Teaching Hospital at her sister’s suggestion. What was supposed to be a simple test developed into a three-year-long back and forth with the hospital.

The hospital carried out three tests on Serah. As she was waiting for the result of the third test, the hospital went on an industrial strike in September 2017 and by the time the strike was called off in January 2018, she had undergone five rounds of chemotherapy.

Her doctor, Dr. Stephen Atokolo, had urged her to do a mastectomy to quickly stop the spread of what they suspected could be cancer.

She did the surgery but when the third test result was out, the histopathology diagnosis was Fibroadenoma. Serah Yugh did not have cancer.

The National Hospital Abuja, the leading cancer centre in Nigeria, was where Serah underwent radiotherapy for six months. They performed the surgery based on the suggestion from her Doctor at Benue State University that she gets a mastectomy quickly.

However, when the strike was called off and Serah got the result of some of her tests, she went to The National Hospital Abuja and there, her oncologist pointed out the discrepancies in the results she presented.

Oncologists at the National Hospital Abuja also requested an immunohistochemistry test which Serah paid for at BSUTH in 2017.

Efforts to get the test results proved abortive as BSUTH kept sending her on a wild goose chase for about 2 years.

Serah opted to do another test and when the result came out in 2019, the diagnosis read: “Breast tissue – no residual malignant tumour is seen!”

Up until December 2019, two years after her mastectomy, Serah still believed she had cancer. The doctors at Benue State University Teaching Hospital did not reach out to her to inform her of any misdiagnosis.

Still, despite the no cancer diagnosis, Serah did not yet understand that the results showed she did not have cancer.

According to her oncologist, her tumour marker test showed that she was clear of cancer. But the specimen which showed invasive ductal carcinoma was not what was sent to the lab.

To find out what had happened, Serah went back to Benue State University Teaching Hospital, BSUTH, to get her tissue block but she was told they could only find the first and third tissue blocks. The second tissue block said to contain cancer cells could not be found.

In August 2020, the Department of Histopathology of the National Hospital, Abuja sent a request to the Chief Medical Director of BSUTH for the tissue block, which Benue State University Teaching Hospital said contained cancer. No response was received.

Rather than provide the tissue block, BSUTH started setting up meetings here and there.

“Before I knew what was happening, the H.O.D (Dr. Raymond) called my uncle telling him that it was an error. I told him, I am the victim here. When you were telling me I had cancer, did you call my uncle?” Serah told FIJ, almost breaking down in tears.

“So why are you calling my uncle telling him that I don’t have cancer. I am the one with the problem don’t call my uncle. If I could handle the news that I have cancer, then I can handle ‘I don’t have cancer it was an error’. They said they have a method of doing things.”

It was at the meeting set up between Dr. Raymond and Serah’s uncle that Serah got to know she had been misdiagnosed and didn’t have cancer. This revelation made her demand to see the Chief Medical Director

The HOD started by saying to Serah at the meeting: “You came to my department requesting for blocks for the test that you wanted to do, that you did sometime in the past… to enhance your treatment, which was difficult for us to actually achieve. I want to apologise on behalf of the department that we could not do that. I am very sorry that we could not give you the blocks.”

It was in the meeting that Dr. Raymond revealed that specimens were discarded in 2018 because the lab was filled up. Serah’s specimen was also discarded. Having read the three reports of the tests done on Serah, Dr. Raymond didn’t think the immunohistochemistry test would be necessary.

According to an oncologist, Dr Chinedu Arua, histology and immunohistochemistry tests are prerequisites for patients seeking breast cancer treatment.

“Those three reports, the one that was at variance was the second one. When I looked at it, I now thought within me, if we decide to do immunohistochemistry it might not yield much,” Dr. Raymond explained to defend himself.

The surgeon relied on the diagnosis of the pathologist. The second report, which showed that Serah had cancer, had Dr. Joseph Ngbea, the Dean of the College of Health Sciences in BSUTH, as the consultant pathologist.

It was to Dr Ngbea’s secretary that Ms Yugh had made payment for immunohistochemistry test back in 2017 after her mastectomy, upon the request of oncologists at the National Hospital Abuja.

The test result was to enable the doctor at National Hospital decide on the treatment to give Serah Yugh. But each time Ms Yugh went to Dr Ngbea, asking for her immunohistochemistry test result, she was told the results were coming. The last time she waited to see him at his office, she recalls, he shouted at her

A copy of the report relied on by the surgeon to perform a mastectomy on Serah Yugh showed that someone signed for Dr. Ngbea. When FIJ reached out to Dr Ngbea, he claimed the resident doctor responsible had left the hospital but that he had nothing to do with Serah’s case.

Serah said she had paid for the immunohistochemistry test in 2017 at the behest of Dr. Ngbea just after her mastectomy in September. But the test results never came

At the meeting set up to discuss her misdiagnosis, Serah asked that the Benue State University Teaching Hospital write a letter to her doctor at the National Hospital, Abuja, that they made an error and therefore she should stop treatment. No letter was written. And while verbally the doctors have acknowledged they made an error, it’s not been documented officially.

“When they told me I had cancer it didn’t affect me this much,” she said. “But it’s the battle of fighting the error that has taken more from me. When I think about it, eating becomes a problem.”

Because of BSUTH’s misdiagnosis, Serah lost her relationship, and her dream to pursue a Ph.D.

At a meeting with Dr Raymond Vhriterhire, the former Head of Department of Histopathology, and Dr Joseph Ngbea, who was newly appointed as Commissioner for Health, Benue State, Serah was offered a breast reconstruction and a job. She rejected both.

She said she simply wants to know why they had not yet given her the immunohistochemistry test.

She had asked them how she would cope with the side effects of the chemotherapy, radiotherapy and drugs she was taking.

She said the offers made by the hospital came across to her as a ploy to silence her from asking questions — questions she had been asking since September 2017 when a mastectomy was performed on her.

“I don’t want others to fall victim because I know it will not end just with me alone,” she said, explaining why she’s been fighting the misdiagnosis made on her.

Even though she fears for her life and the repercussion her speaking up might bring to her, she wants an official apology from the Benue State University Teaching Hospital.