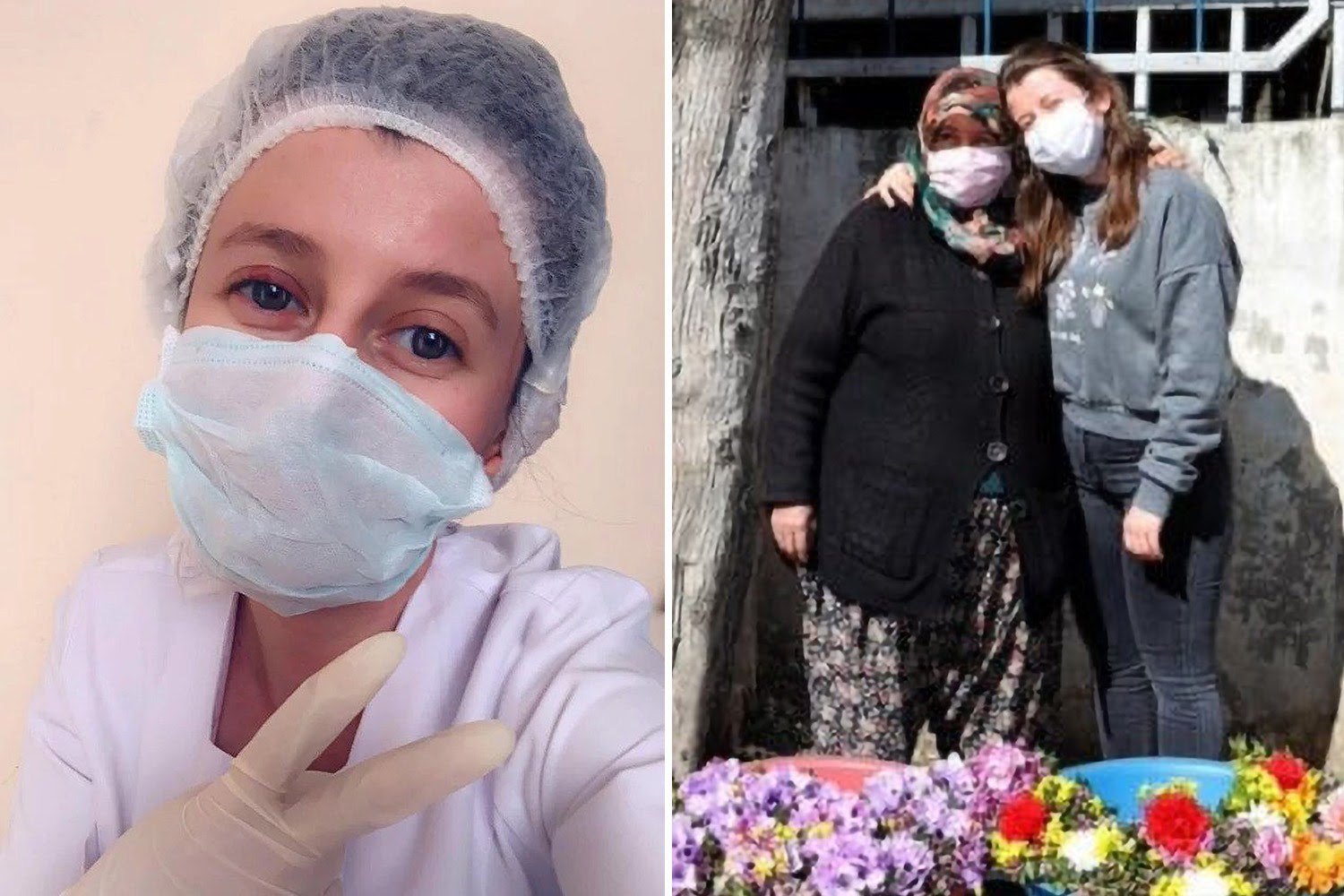 A lady  has reportedly faked winning a place at Oxford University to trick her penniless mum into selling flowers for years to help fund her secret lifestyle.

According to the SunUK reports the lady identified as Merve Bozkurt, 25, told devoted Gulseren, 57, that she needed extra cash help to pay the bills while studying for a degree at the prestigious school of learning.

However, the 25 year old , who did not even possess a passport had not actually left the country and was really living it up while working as an estate agent in Istanbul.

She was only caught out when a local TV station decided to do a feature on her hard-working mother and the amazing sacrifices she had made for her family.

Her dedication to her children quickly went viral, with offers of donations flooding in including a promise of a scholarship to cover all the young woman’s costs as she “completed her fifth year.”

However, it was then discovered that there was no student of that name at Oxford University, and the daughter was forced to confess the truth, reports Sabah.

She later reportedly apologised publicly saying: “I feel very bad because I upset my mother.

“I made up a story. I made everybody believe this story, including myself.

“However, I was actually working in a real estate office in Istanbul all this time.”

Mother-of-two Gulseren said she had made a living selling flowers in the city of Antakya for over a decade and had previously funded her son’s education that way.

Speaking to the local TV station before the truth came out, she said: “My husband works when he can, but he cannot always find a job. Sometimes he comes to the cemetery to help me.

“With the money I earn selling flowers, I cover my children’s education costs.”

“If a person is in good health, working is the best thing they can do. It’s nice to spend the money I earn on my children. I want every woman to work and stand on her own two feet.

“It is not shameful to work in such jobs; it is a shame to be in need when you are able to work. I love working.”

The TV station contacted the daughter online who was quoted as saying: “My mother plants flowers on her own, picks them, and sells them here, and sometimes she goes to the mountain to pick flowers.

“My brother is also a university graduate. He is currently working as a non-commissioned officer in Hakkari.

“My mother is very fond of us. We are everything to her, and she is for us.”

She went on to lie that she wanted to become a neurosurgeon after graduating from Oxford, adding: “Once my mother told me that if I don’t enroll in a good university, that she would not let me continue my education.

“Because she struggled her whole life, she never wanted her efforts to be wasted. Despite having a lot of trouble, my mother never took it out on us, never deprived us.”

Merve Bozkurt added during the now exposed fake interview: “I will not waste my mother’s great efforts, and I will honour her.”