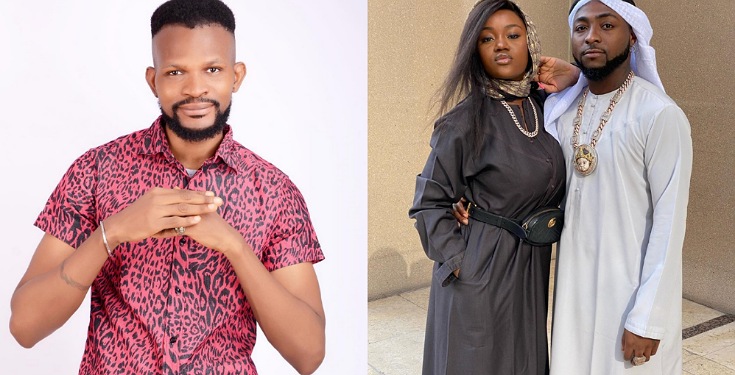 Controversial actor, Uche Maduagwu has said that the only way Davido can win a Grammy Award is if he marries his fiance, Chioma.

According to Uche, talent is not enough for Davido to win Grammy’s awards. He prophecised that the father of three should get married to Chioma this year if he wants to win the award.

“Congratulation to Burnaboy and Wizkid. OBO listen to this prophecy, you are very talented and God is saying if you marry Chioma this year, you go win the Grammy award because you are talented. Congratulations to you”

Recall that the 62nd edition of the Grammy’s award, Wizkid, Burna Boy and Tiwa Savage did the country proud after they bagged their first Grammy awards.

This Davido said is a big win for Nigeria.

‘The kind of men that ask me out ‘ – Bobrisky opens up