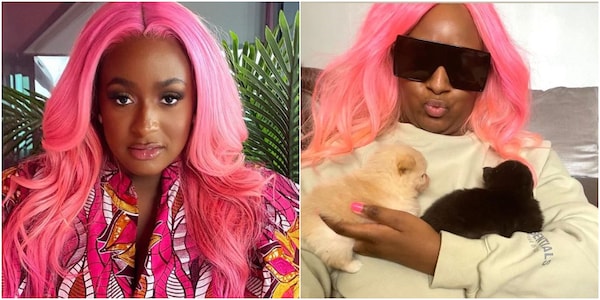 DJ Cuppy named the puppies by the colour of their skin namely; Fun fun and Dudu which are the Yoruba language for White and Black respectively.

The billionaire daughter also revealed she is their mother as they took her surname Otedola.

She also created an Instagram for each of the puppy.

The dogs’ IG bio revealed that they are Pomeranian breed. It was also stated that the dogs were born on Wednesday, February 17.

Cuppy did not fail to note that she is the mother of the dogs.

Check out some photos of the dogs below:

“You are fake” – Nigerians drag Davido’s cousin for the…