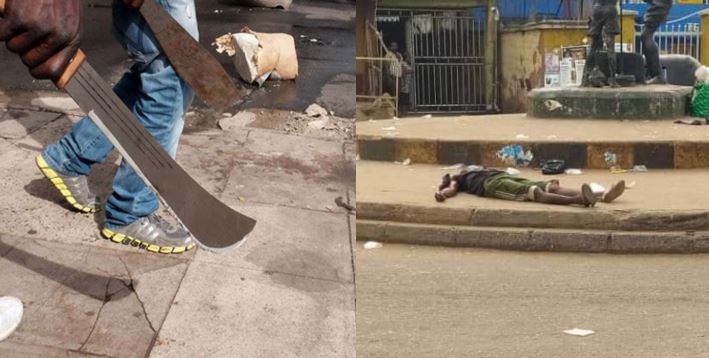 Four persons have been killed in a clash suspected to be cult war in Akwa, Anambra. It was gathered that the cult war started on Saturday at Ifite where two persons were reportedly killed and other two killed on Sunday morning around 9 am close to Eke Awka market.

One of the victims was reportedly beheaded while his head was wrapped and taken away in a sack.

According to the Police Command in the state, only two persons died.

The Police Public Relations Officer, DSP Ikenga Tochukwu, told The Nation that the command had deployed more of their men to the troubled spots to restore normalcy

“The command will not fold its arms and allow miscreants take over the State.

“The Commissioner of Police in the State, Mr Monday Kuryas, has ordered that the perpetrators of this act be apprehended with immediate effect,” he said.

In the past two weeks, suspected cult wars had taken over parts of Anambra State where no fewer than eight persons have been killed.

At Okija Community, Ihiala local government area, four others were killed in a similar manner while one of the victims was equally beheaded.

Meanwhile. A twitter user took to the platform to share photos from the aftermath of the cult clash that rocked the State’s capital over the weekend.

@Mrmanodili sharing graphics photos of lifeless bodies wrote: Cult clash in Awka claimed so many lives today.  What’s the battle all about bikonu