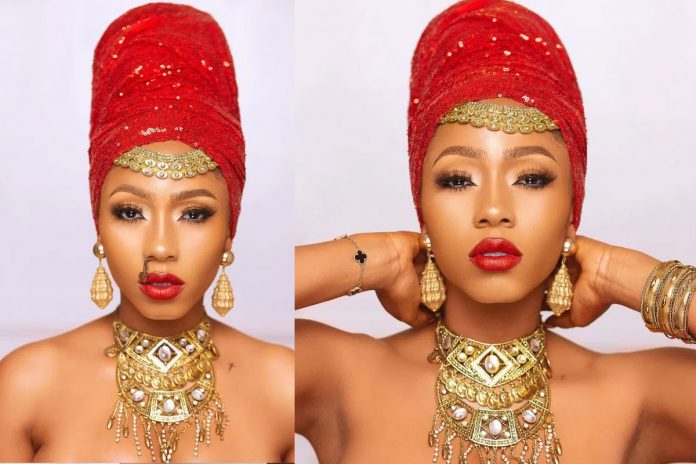 Nigerians on Instagram have dragged BBNaija Mercy after a video of her bragging about her expensive designer bags surfaced.

In the video, the 28-year-old was heard saying her two Hermes bags are more popular than some people in Nigeria.

This the reality star said with so much confidence while expressing their worth and value.

@ifeomaonye wrote “When you’re under pressure and lack content, this is what happens”

@arodeoht wrote “Asides from this rich, I’m rich she says all the time, what other value does she add to anyone or anywhere? The two bags bare more popular than humans? Na you Sabi.”

sir_chrizzzz: Your fake Hermès bag? I know she can’t afford the original

Actor, Williams Uchemba acquires 2 SUV in one month after he listened to God

Fans accuse actress, Toyin Abraham of copying and trying to be like Funke Akindele