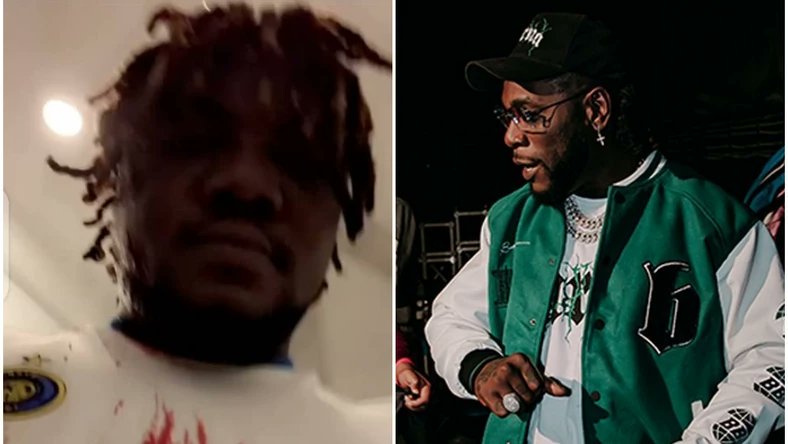 A video has surfaced on the internet showing Nigerian artist, CDQ bleeding profusely after reports have it that he was attacked by Burna Boy’s squad.

The rapper took to the social media platform, Twitter where he called out the self-acclaimed African Giant expressing his disappointment in him.

A video obtained from PulseTV shows CDQ explaining how he was attacked by men he claimed to have been sent by Burna Boy.