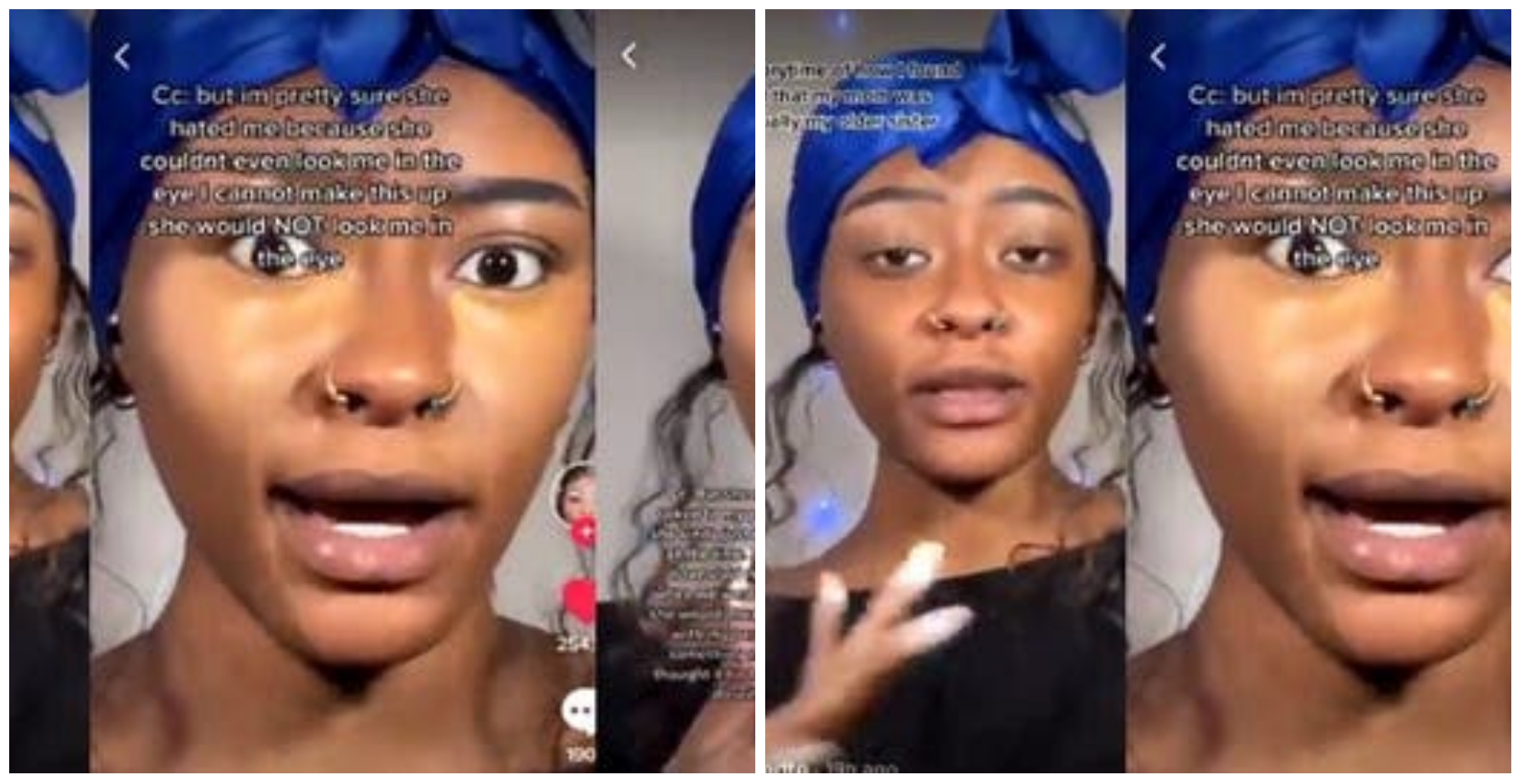 The video of a young lady is currently trending on social media after she narrated how she discovered that her sister older than her by 10 years is her mother despite being lied to that she is her sister all her life.

According to a TikTok user identified as Benedte, growing up with her sister was very hard as she never showed any sign of sisterly-affection towards her.

According to her, she felt it had something to do with the 10 years age difference. However, she found peace within herself when her sister finally moved out of the house at the age of 18.

She went on to reveal that when her sister was a teenager too and devoted her time to creating social media content, her sister reached to her once over an important discussion that cannot wait.

It turned out that their father once sexually assaulted the sister around the age of 10, gave birth to her and the secret lived in the family ever since.

If love makes you turn back against family, watch out – Uti, Nigerians react