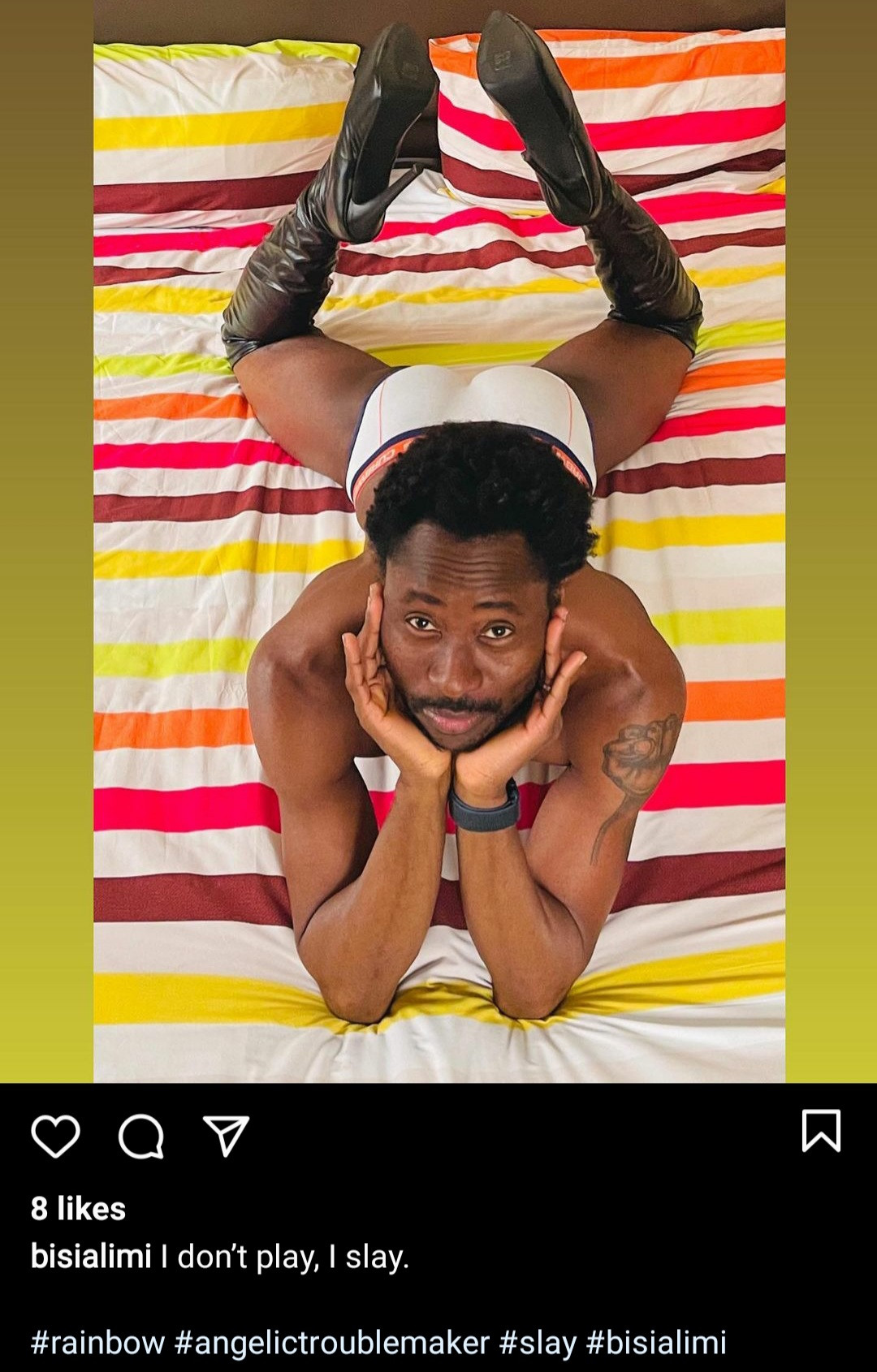 Popular gay activist, Bisi Alimi is the news once again and this time around he took to his Instagram account to share a photo of himself in nothing but briefs and high-heel shoes.

Bisi Alimi in the photo struck a sassy pose as he lay on a bed.

“I don’t play, I slay,” he captioned the photo.

‘I no be your mate, I was gay before you were…

According to the Wikipedia, Alimi was born in the Mushin district of Lagos to father Raski Ipadeola Balogun Alimi and Mother Idiatu Alake Alimi. Alimi was raised in Lagos, where he attended primary and secondary school. He was the third in a family of five children from his mother, and sixth from a family of ten children from his father. He later changed his name to Adebisi Alimi.