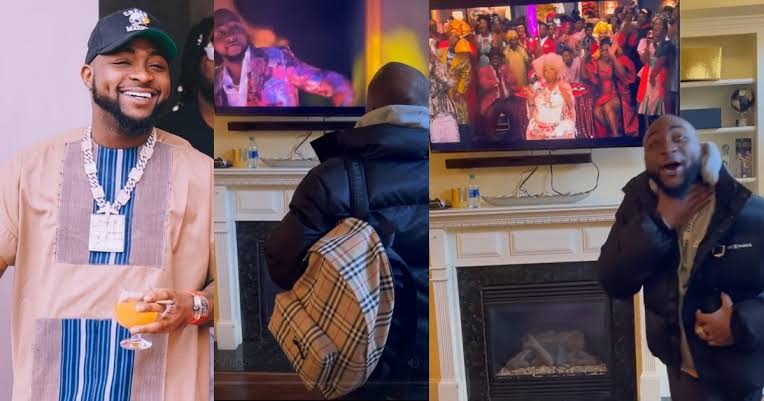 Recall that theinfong reported that Nigerian singer, Davido has starred in the newly released Hollywood movie Coming 2 America. It was announced last year that the singer has a performance scene in the movie.

A video of his performance during a royal wedding has been making the rounds on social media as fans boast of the new stride from their favorite.

Well, the DMW singer has reacted to his feature in the movie as he said he would do it again.

In Coming 2 America, Davido is seen performing on stage for an audience in a packed room.

He seemed excited as he watched the scene he featured in. He shared the video on his Instagram page and wrote; ”it’s an absolute pleasure sharing a set with a few legends that held the key to my childhood laughs.”