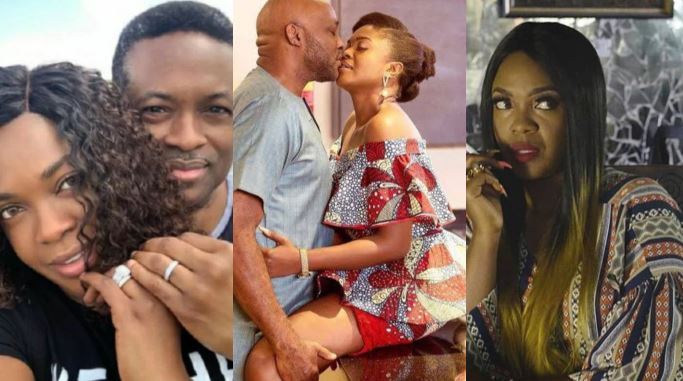 Nollywood Actress and producer Omoni Oboli has savagely replied to a fan who shamed her for kissing passionately in one of her movies.

The fan who just finished watching the movie of Omoni Oboli passionately kissing RMD in one of her movies took to her DM to criticize her for doing that as a married woman.

Omoni Oboli reacting to that asked how she will educate the fan and savagely said she’s playing the role of a prostitute in her next movie, does that make her a prostitute in real life?

Omoni Oboli got criticized and shamed a lot after that scene of her passionately kissing RMD in a movie went viral and guess that is not over as anyone who watches the movie ends up criticizing her over again.