Popular Yoruba actress, Mosunmola Filani Oduoye in a recent statement has revealed what she does to those who don’t upload her picture during her birthday when it’s time to celebrate theirs.

Mosun in a statement said that before she celebrates friends on her Instagram page on the occasion of their birthday, she goes on to their pages to check if they celebrated her as well the previous year. 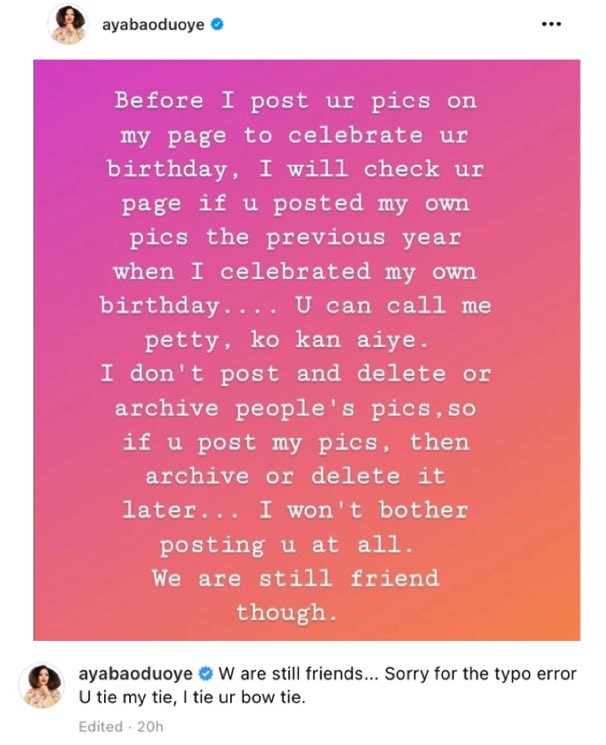 Mosun was born in Ibadan to parents from Ikole Ekiti. She was raised with four other siblings. She attended Abeokuta College of Education and earned a degree in Business Administration from Tai Solarin University of Education.

Mosun has starred in several Nollywood movies, especially Yoruba films and radio productions since 2005. She has also received several nominations including Best Actress in a supporting role in the 2009 and 2011 Best of Nollywood Awards.