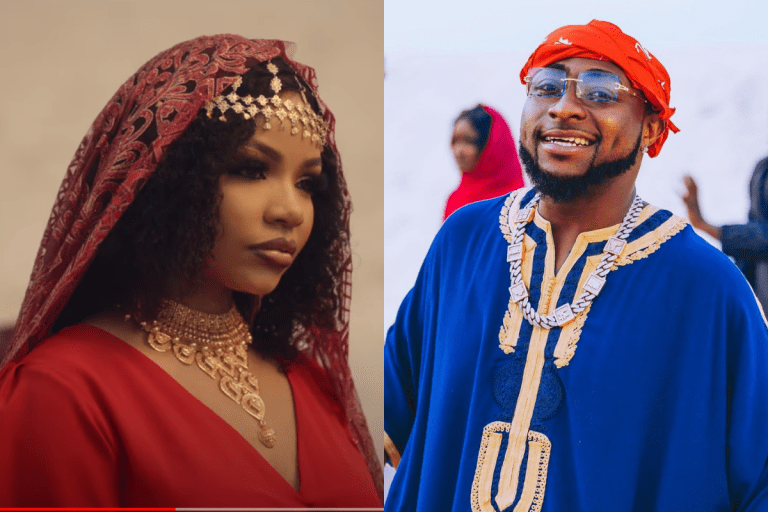 A few days after they followed each other once again on Instagram, Davido and Nengi are flirting with each other as she comments on a post of his.

The musician and reality star after releasing the visuals of his song that featured her Unfollowed each other on Instagram and some netizens were of the view that they had an issue.

A few days ago, they followed each other back on Instagram which made some netizens believe they have sorted out their issue with some even thinking Nengi might have slept with Davido.

A recent comment of Nengi shows she might be flirting with Davido as she comments on a post of his using the love emoji. Using a love emoji in her comment might not mean anything but the situation made it something else. 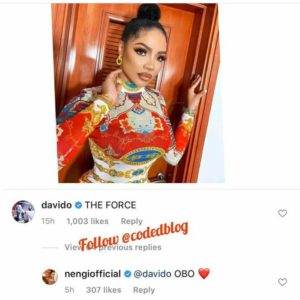 Watch as Bobrisky sprays money on old woman, vows to make her happy till her last day (Video)