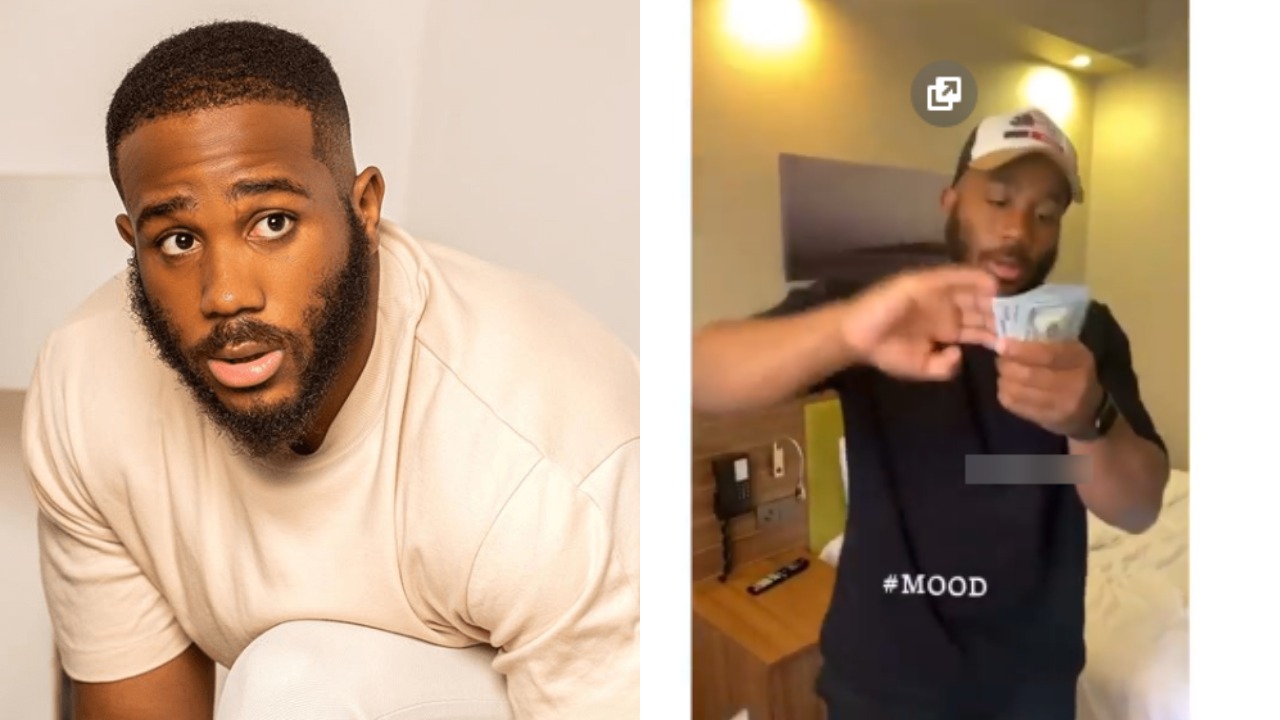 Big Brother Naija ex-housemate, Kiddwaya has been under fire since a video of him flaunting excess dollars surfaced on social media.

In the video, the 27-year-old was seen having fun in a hotel room and throwing some dollars in the air.

This obviously did not go down with lots of people on Instagram and they have reacted to it by dragging the billionaire’s son.

@danni_ella.__ wrote “This guy no get job only hin papa money!! Shame on him

@vincentinocarter wrote “Mumu boy…We can see others hustling for their own money but this one everything my papa money my papa money even davido wen be billionaire pikin dey hustle him own money..”