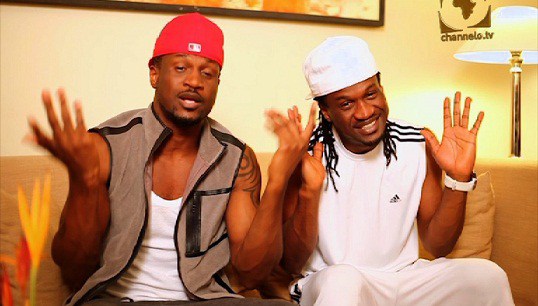 Popular singer and former member of the defunct Psquare music group, Peter Okoye has urged fans of the former music group to move on with their lives.

He made this public via a post he shared on his Instagram account on Tuesday as he shared a screenshot of a tweet from a fan who said he would not be streaming the singer’s new album and virtual concert until he brings back his brother Paul.

He captioned the post, “Let me say it again! This individuals are not haters they are just P2 heartbroken fans and I understand.

“Only PALOMA and JUST LIKE THAT dem don dey shake Dey shiver!

“I will still wish dem well this weekend! Sha I have forgiven them! it’s over 4yrs now! pls you people should move on. No come get High BP for person matter.”