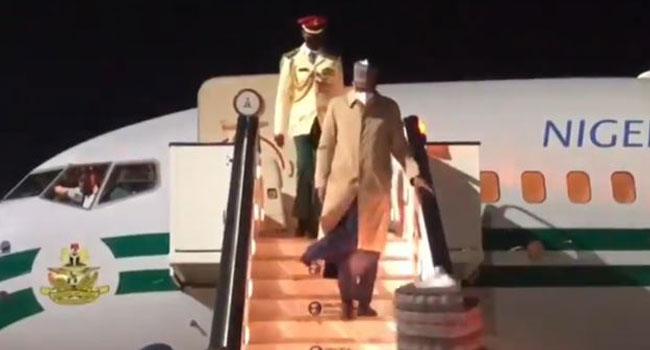 Pres. Muhammadu Buhari has arrived in London, the United Kingdom where he is to undergo a routine medical check-up.

Recall that theinfong reported that the President was to travel on Tuesday.

According to the statement shared by Femi Adeshina, he said President Muhammadu Buhari will proceed to London, the United Kingdom, Tuesday March 30, 2021, for a routine medical check-up.

He added that the President met with Security Chiefs first in the morning, after which he embarked on the journey.

He is due back in the country during the second week of April, 2021.

See also: Buhari to travel for a medical check-up in London

Below is a video the president arriving in London;