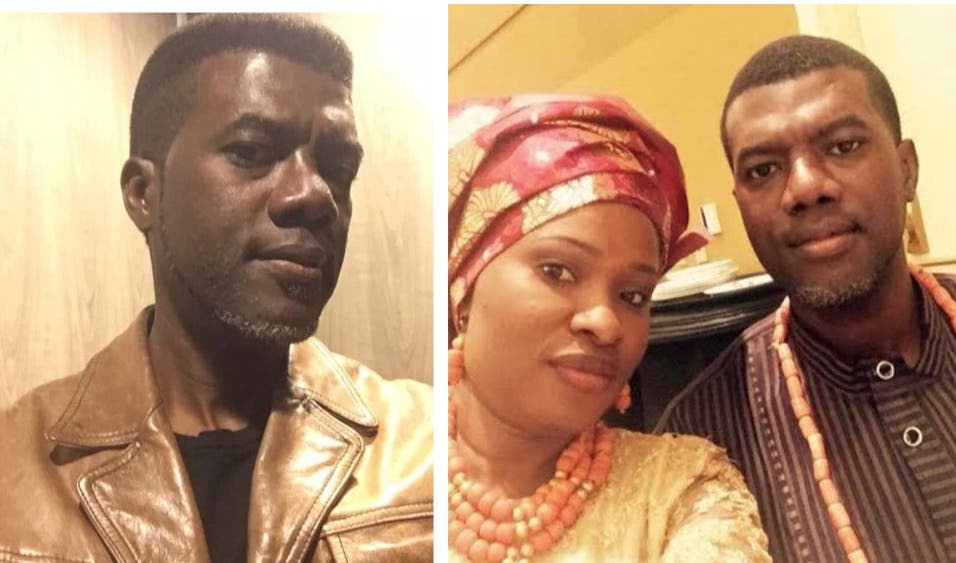 According to a post on Reno Omokri’s Instagram,  his wife has addressed a woman who called Reno her crush.

Reno took a screenshot of the woman’s reply and shared as a different post and the caption was signed off by Reno’s ‘wife’.

My mother has right over my wife to use the kitchen –…

According to the post, Reno’s wife revealed that she has access to his social media accounts, reads his posts, and sees all the messages women send to him.

See the response below.

Aww! That is so sweet of you. My husband and I and our four children really appreciate your show of affection.

(I read all my husbands posts, comments and DMs and I love all of his fans that express love for him, including those who DM him nice photos). Mrs Reno Omokri 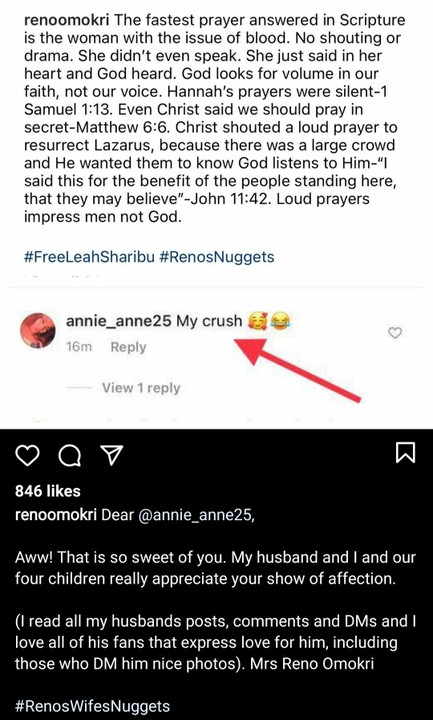