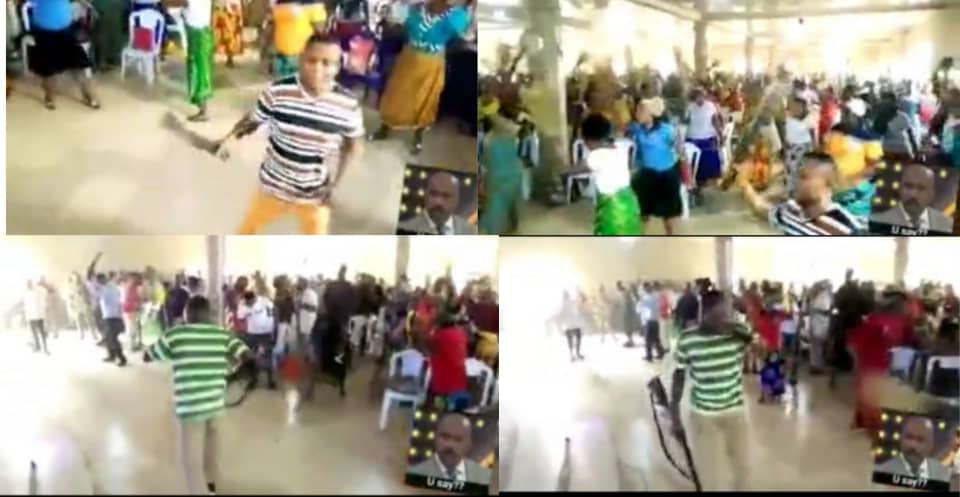 It looks like there are different kinds of way to pray and this seems to the kind of prayer of the ‘Violent taking it by force.’

Well, a video of church members praying while armed with different weapons to “attack principalities and powers” has  gone viral on social media.

While the exact location of where the church is not known, the reports however claimed  it happened in the country.

Man alleges Wizkid has sold his soul to the devil, backs it…

While some of the members were ”armed” with brooms, sticks, and machetes to destroy the devil and his cohorts, the leader of the prayer session was armed with a gun.

If love makes you turn back against family, watch out – Uti, Nigerians react