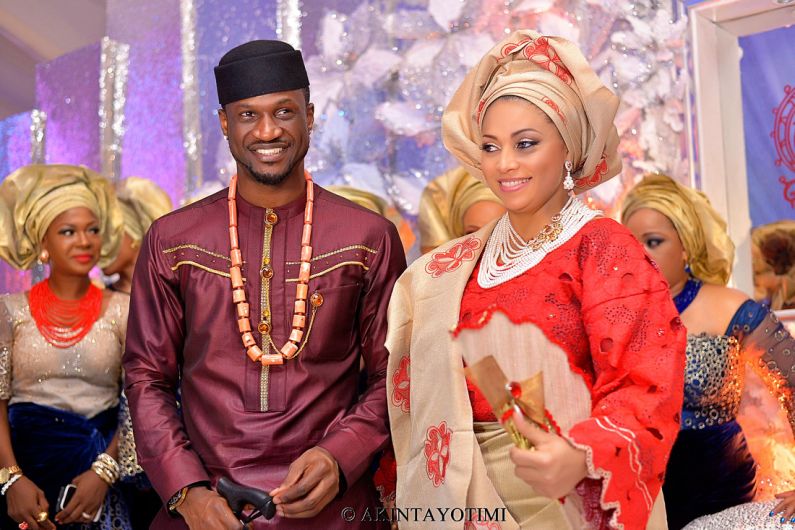 Nigerians on popular Micro-blog platform, Twitter on Monday took to their handles to hail one half of the defunct P-Square group, Peter Okoye now Mr P, for standing by his wife Lola Omotayo despite reports claiming she was part of the reasons he left the music group.

Nigerians went on to compare Peter with Prince Harry who has been trending alongside his wife Meghan Markle following a recent interview with Oprah.

Prime Harry stood by his wife Meghan Markle despite the reported rejection from the royal family as he renounced his royal privileges.

Nigerians on Twitter claimed the story of Peter Okoye and Prince Harry was similar.

I am happy that Peter Okoye is finally getting the recognition he deserves.

That dude sacrificed a lot for his marriage.

Imagine breaking up Africa's biggest music group ever and separating from your twin brother whom you were born together for a woman.

A king I stan.

Since we are now in our right senses… This is a peter okoye appreciation tweet ♥️ pic.twitter.com/N8sEgqikMn

Peter okoye fought for the love of his life, stood by her when the whole family was against her, disowned his family and left with his wife to find peace… If thats not love i dont know what it is.. Nigerians said he was under spell (JUJU) but when it got to Harry it was love. pic.twitter.com/EjBlbwhqg6

YBNL boss, Olamide Celebrates his woman on her birthday