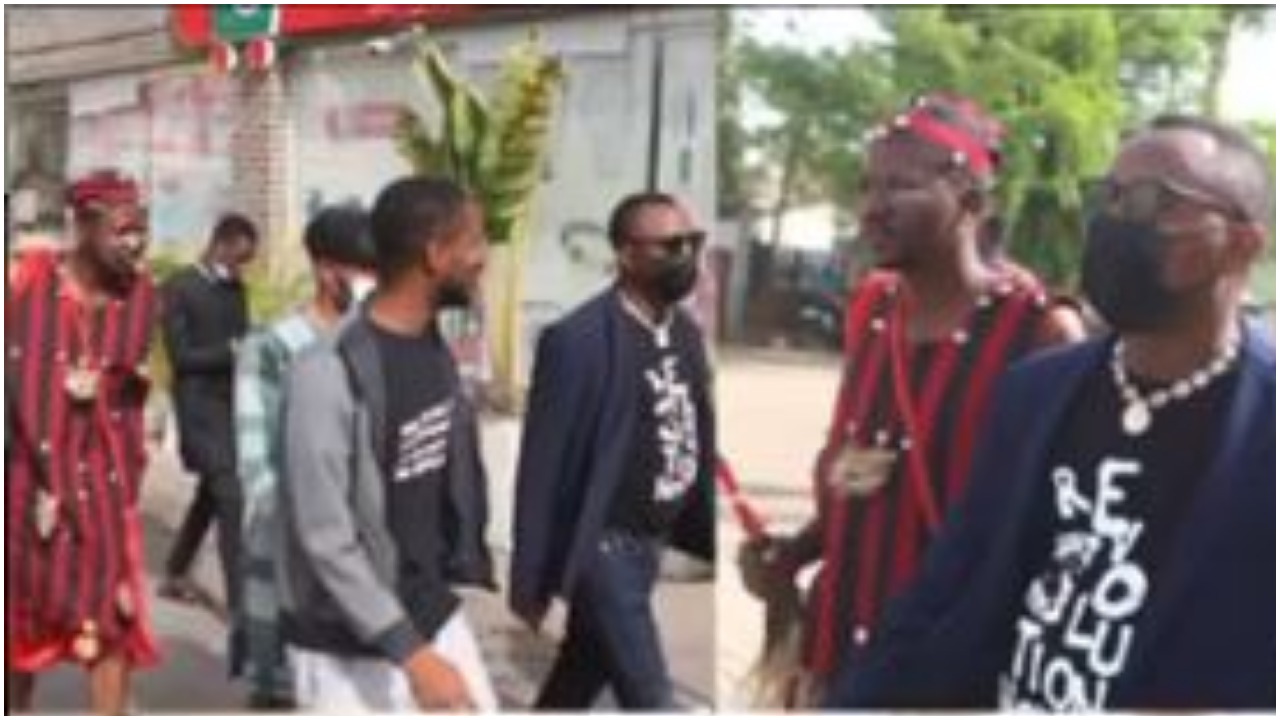 A video has gone viral on social media after former presidential candidate Omoyele Sowere was seen storming the Abuja court with a herbalist.

In the video and photos which has gone viral showed the spiritual leader is seen with Sowore and others chanting with his bante and onde.

The convener of the RevolutionNow and the four others are facing trial for allegedly inciting the public against the Federal Government in what is described as an unlawful assembly.

”How was your night is a rude question to ask a…

Lawyer considers leaving his profession after he made N10k a…

They were arrested in the early hours of January 1, 2021, during a protest in Abuja.

The video has however generated different reactions on social media as some people claimed the herbalist was a spiritual lawyer.

Another Wahala Loading – Davido reacts as US singer, Enisa flies to meet him