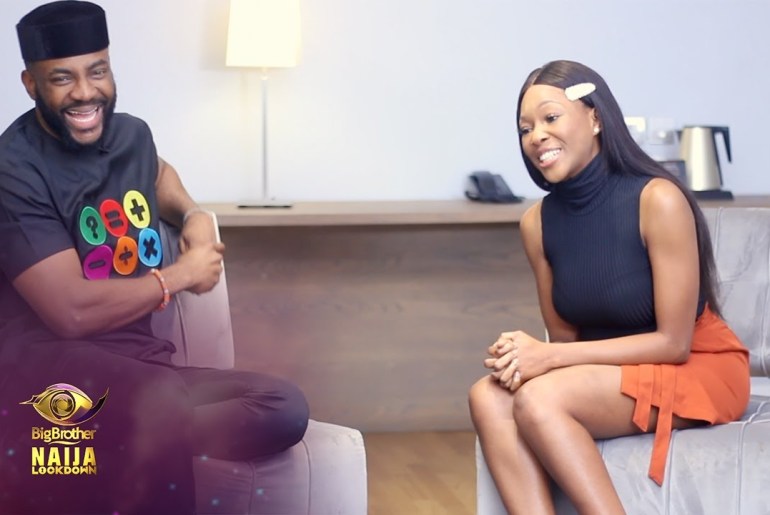 With the 6th edition of the reality TV show set to commence soon as the organiser’s named March 24th – March 31st as the duration for the online auditions to select participants, however, some social media users believe it is high time Ebuka was replaced as he has been hosting the show for the past 3 years.

There were calls for Frank Edoho to come in as the new host but the Who Wants To Be  A Millionaire host rejected it.

Reacting to this, Vee took to her Twitter handle and stated that Ebuka is in his house relaxing and laughing at all his critics.

“Ebuka is relaxing in his yard, laughing at all of y’all. Hope you know”.