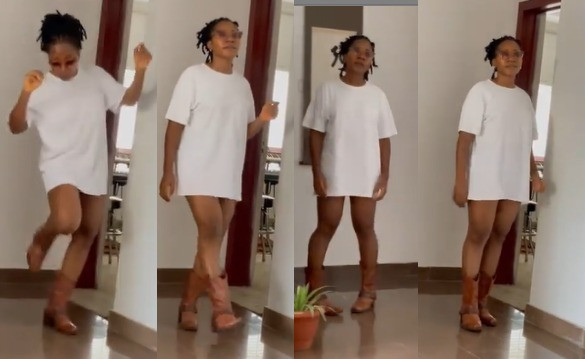 Talented Nigerian international singer and songwriter Asa has shown some not unpopular part of her as she displayed some amazing leg work in a video she posted on her official Instagram account.

In the cute video that has gone viral and received massive applause, Singer Asa was seen dancing the popular legwork of the Rexxie’s Ko por Ke which featured Mohbad.

The video captivated her fans including celebrities alike who took to the comment section to react.

Watch Yemi Alade’s priceless reaction to a troll who…

Aṣa was born in Paris to Nigerian parents who were working and studying cinematography in France. Her family returned to live in Nigeria when she was two. Aṣa grew up in Lagos city, in the south-western part of Nigeria, and 18 years later, returned to Paris, where her life as an artist took off.