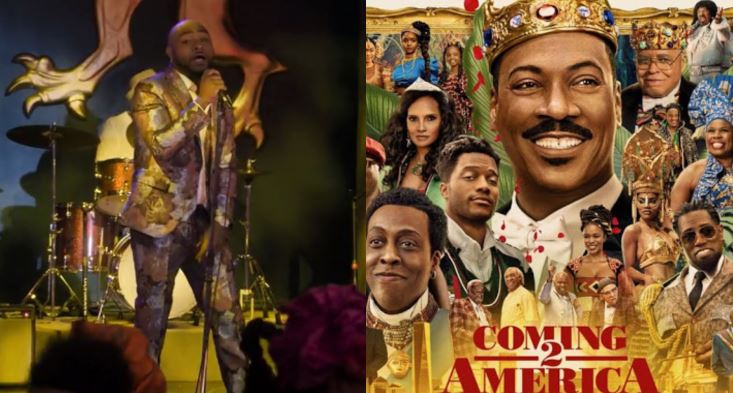 Nigerian singer, Davido has starred in the newly released Hollywood movie Coming 2 America. It was announced last year that the singer has a performance scene in the movie.

A video of his performance during a royal wedding has been making the rounds on social media as fans boast of the new stride from their favorite.

Read Also: Nigerian Billionaire Sends Wife Of 39 Years Packing After Mistress Tells Him To Do So (Photos)

After being removed from the theatrical release schedule and delayed for several months, Coming 2 America is finally coming to a screen near you — today, in fact. This follow-up to the 1988 hit comedy sees Eddie Murphy return as Prince Akeem along with many of his original Coming to America co-stars such as Arsenio Hall and Shari Headley.