2face’s first daughter, Ehi reacts to claims that she looks like him 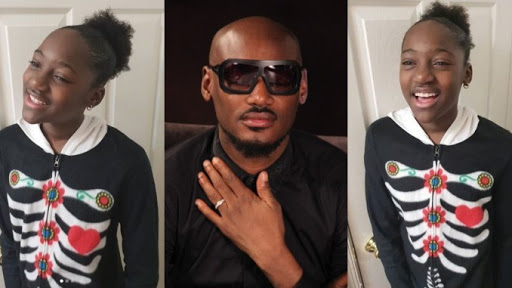 Legendary singer, 2face Idibia’s daughter, Ehi has reacted to claims that she looks exactly like her father.

This comes after a video of when the 15year old denied being her father’s look-alike surfaced on social media.

According to Ehi, she is not bald like 2face and she finds the comment weird each time she hears it.

“Its the beginning of another chapter” – 2Face says as…

However, the lady behind the camera in the video insisted that they look alike, as she asked Ehi to take a closer look at her facial structure and compare it to her dad’s.