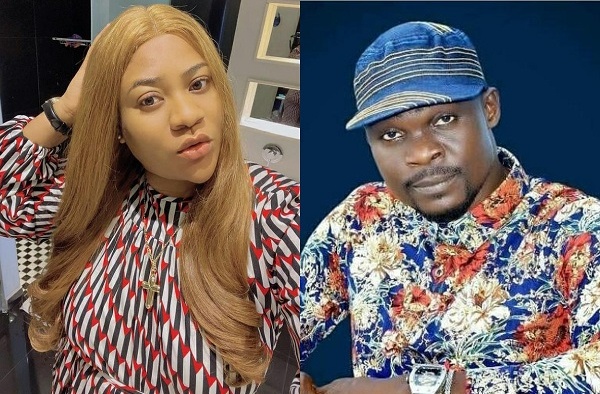 Nollywood actress, Nkechi Blessing Sunday has come out to rain curses on Baba Ijesha and his supporters in light of recent arrest for allegedly molesting a 14-year-old girl.

Recall that Baba Ijesha, real name Olanrewaju James is currently behind bars after he was arrested during the week on allegations of sexually molesting the foster child of Nigerian comedienne,  Damilola Adekoya, popularly known as Princess.

The actress who was visibly angered rained curses on both Baba Ijesha and his supporters who were waiting for hard evidence before believing the allegations against him.

See her posts below 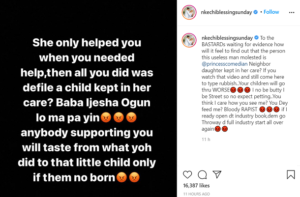 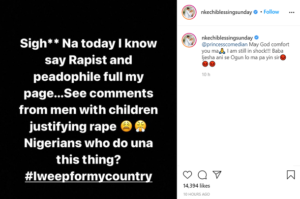 Greenfield University Student, Dorothy Yohanna, Who Was Killed By Her Abductors Finally Laid To Rest (PHOTOS)

BBNaija 6th edition: Tolanibaj advises prospective housemates on how to make it to the house