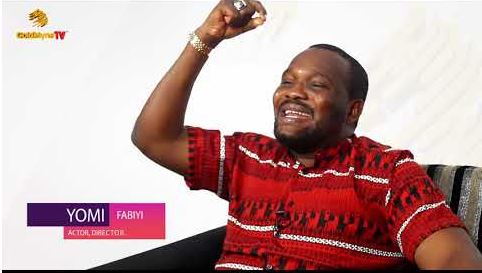 The Yoruba actor in an interview with Goldmyne TV revealed that contrary to Iyabo Ojo’s claims, he visited the State Criminal Investigation Department, Panti to find out the true situation of things.

According to Yomi, Baba Ijesha confessed to assaulting the 14-year-old minor in a police statement that was made privy to him, stating it was the reason he asked his colleagues to simmer down on the rape allegations floating on social media.

He also revealed that the accused has no lawyer at the moment and little support is shown to him by colleagues as no one has visited him since he’s been in custody.

Amputee hawker apologizes for lying; accuses her grandma of trying to blackmail her for money

Heartbroken man shares how his wife was caught in bed with her brother.