Actress, Kemi Afolabi breaks down in tears because of her health challenges at her pre-birthday dinner 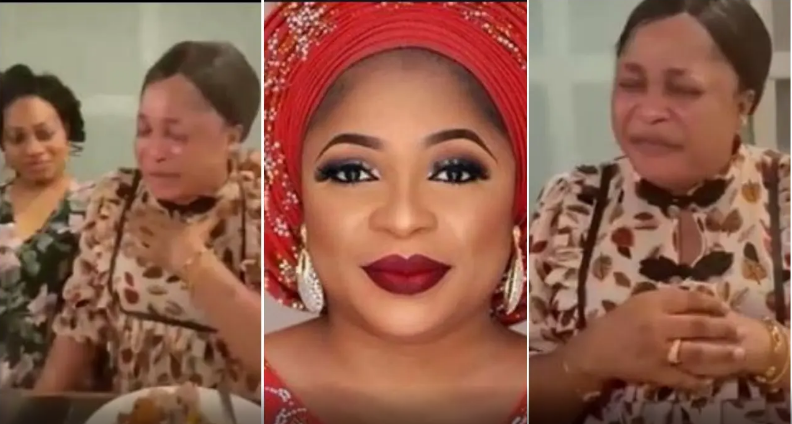 Nollywood actress, Kemi Afolabi has shared a video of when she broke down in tears during her birthday dinner.

The mother of one whose birthday is in a few days decided to host a few of her friends ahead of the day.

According to Kemi, she has been through a lot and she is grateful to God for keeping her alive,

In the video, Kemi who has been sick for a while is seen weeping profusely after some of her friends hosted a pre-birthday dinner for her.

” It’s has always been #TRUELOVE with my big sis @sai.achabi CEO @jamond_jewellery
It’s me & you forever o insha Allah Love you my Oyinbo may Allah replenish ur pocket
Ose Okomi @folorunshoadeola I appreciate everyone that came out just to see me happy, God bless you & urs… #PreBirthdayDinner #HBDinadvance2me”