BBNaija: “Block Me” – Drama as Tochi reacts after Kiddwaya asked him not to call him again 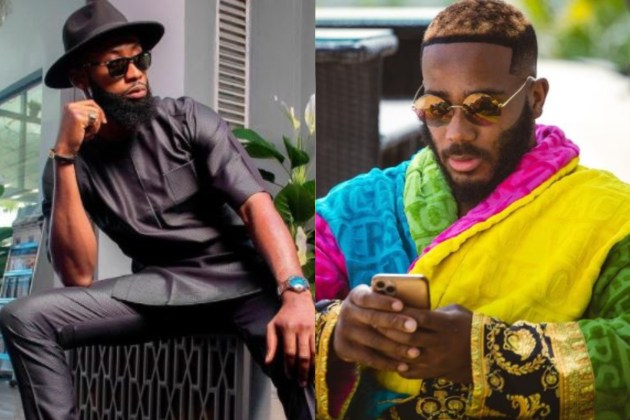 Whatever is going on between BBNaija lockdown housemates, Tochi and billionaire son, Kiddwaya is what remains unknown.

This comes as Tochi, has reacted after Kiddwaya asked him not to ever call him again.

The whole drama started after Kiddwaya shared a screenshot of his chat with him which appears that Tochi missed his call and that got him bored. In the screenshot, it could be seen that efforts by Tochi to return his call have proven futile as Kiddwaya has refused to answer.

Sharing the screenshot on his Twitter page, he attached the caption, “Stop calling me @Tochi_oke is it by force”.

Tochi who seems not bothered about Kiddwaya’s warning to stop calling him asked him to rather block him to prevent him from calling.

Fans of the two housemates have however reached out to them to act maturely.