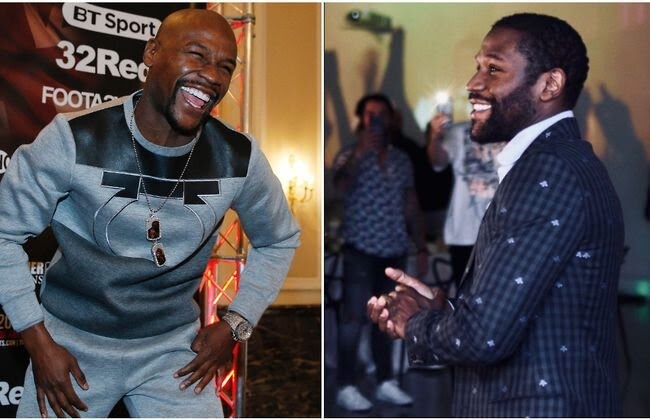 Veteran boxer, Mayweather has left many reacting to his latest photo as he looks completely different.

Many are shocked to see the wealthy boxer now has hair on his head.

This is because, throughout his career, Mayweather was often, if not always, sported the bald look which he seems to have ditched for the time being.

A full head of hair makes the 45-year-old belie his years, not to mention a blinding smile which he’s not known for as he was always looking serious during his boxing career.

As well as that, he has also decided to grow out a full beard just to complete his transformation in an image that many have to take a second glance at before realising it is true ‘Money’ Mayweather, although the lavish suit probably gives it away.